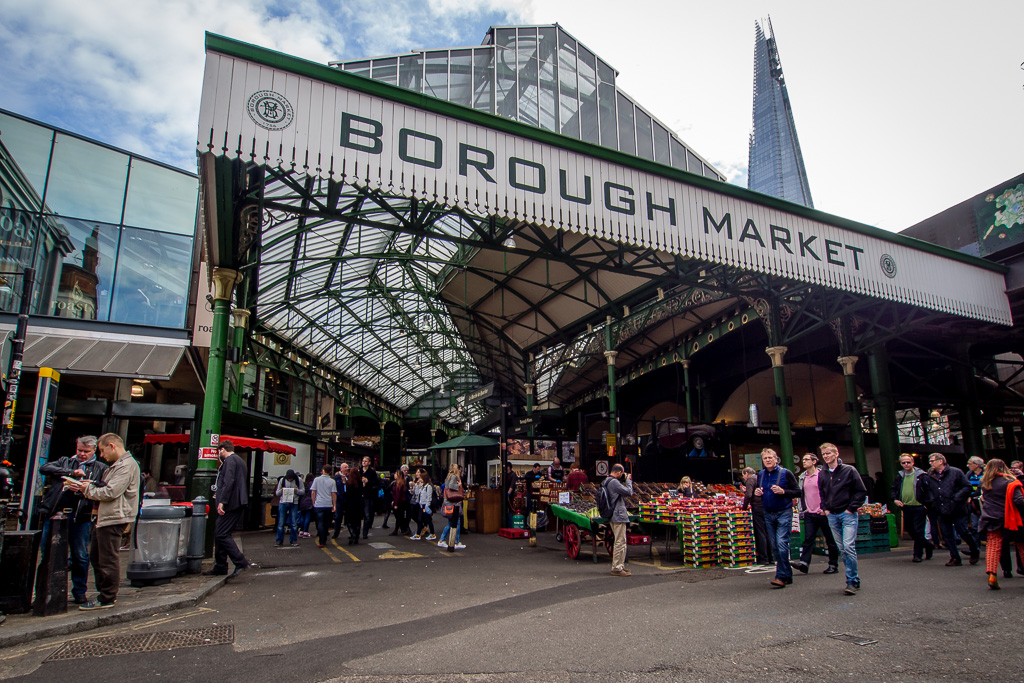 Borough Market is one of the oldest and best food markets in London.

Sometimes making images of a famous city becomes a little overwhelming. There are so many images that we’ve already seen from the city that we have a preconceived idea about what we should be photographing. Usually, there are so many things and icons to photograph, that we simply can’t photograph them all. One way to overcome this is to pick a small area of the city and concentrate on that. Pick something that is iconic and make that your photographic mission for a couple of hours, or a day if necessary. 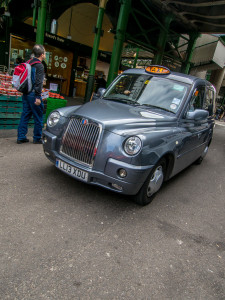 A London Taxi makes its way through the famous Borough Market in Southwark, Central London

These images were made at the historic Borough Market in Southwark, Central London. The market is found near London Bridge and first started in that general area in the 11th century. The market was relocated to it’s current position in the 12th century, although it was closed by Parliament in 1755. It was re-opened in that same year by a group of local traders when they purchased a small triangle of land that still forms part of the current market.

Borough Market is synonimous with high quality fresh food. The market includes fruit and vegetables, as well as meat and dairy produce. It is a smorgasbord for photographers too. Instead of rushing around trying to capture all of the iconic shots of London, sometimes it’s nice to just slow down and enjoy a small slice of history. 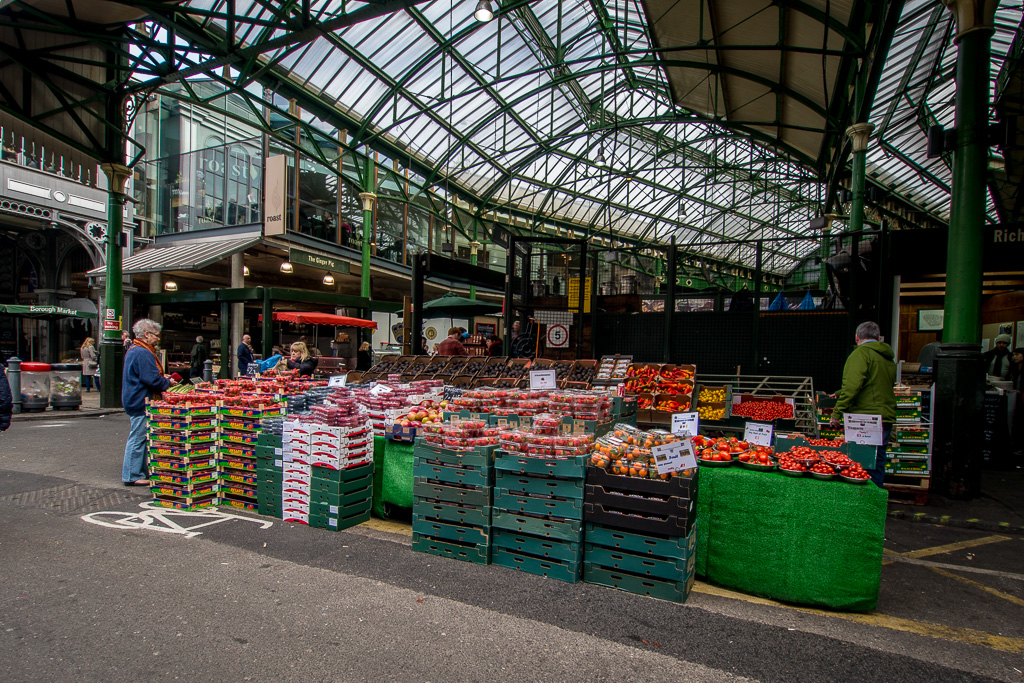 There are many fine stalls selling all manner of fresh produce at the Borough Market, Central London 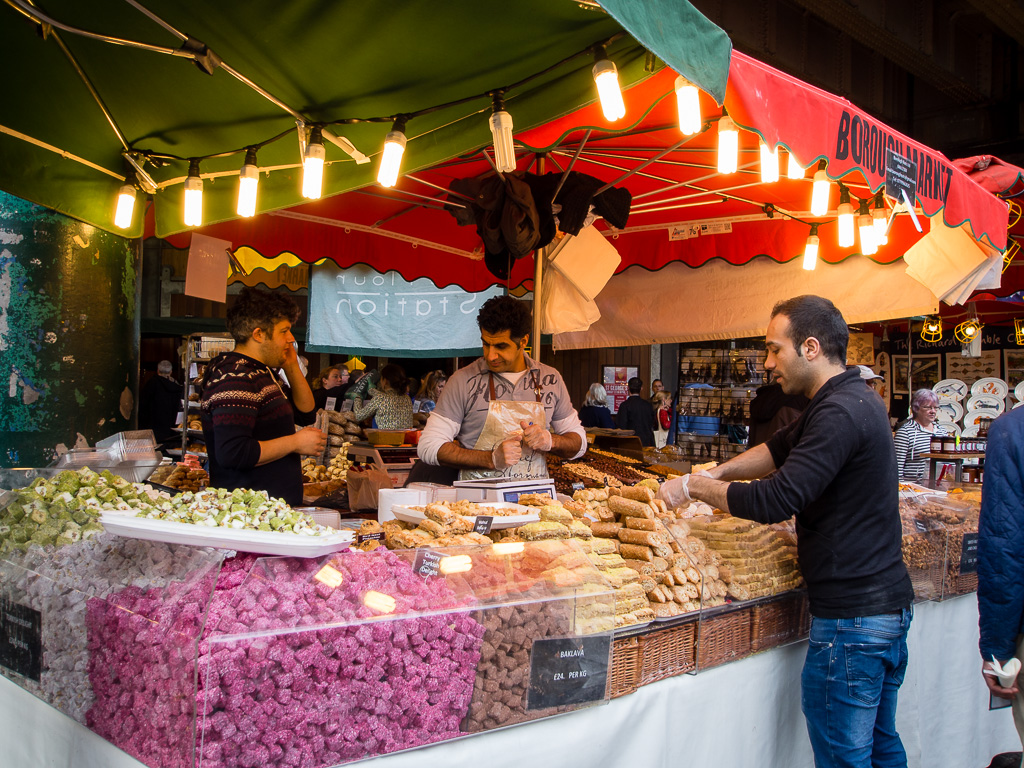 Vendors at the famous Borough Market in Southwark, Central London 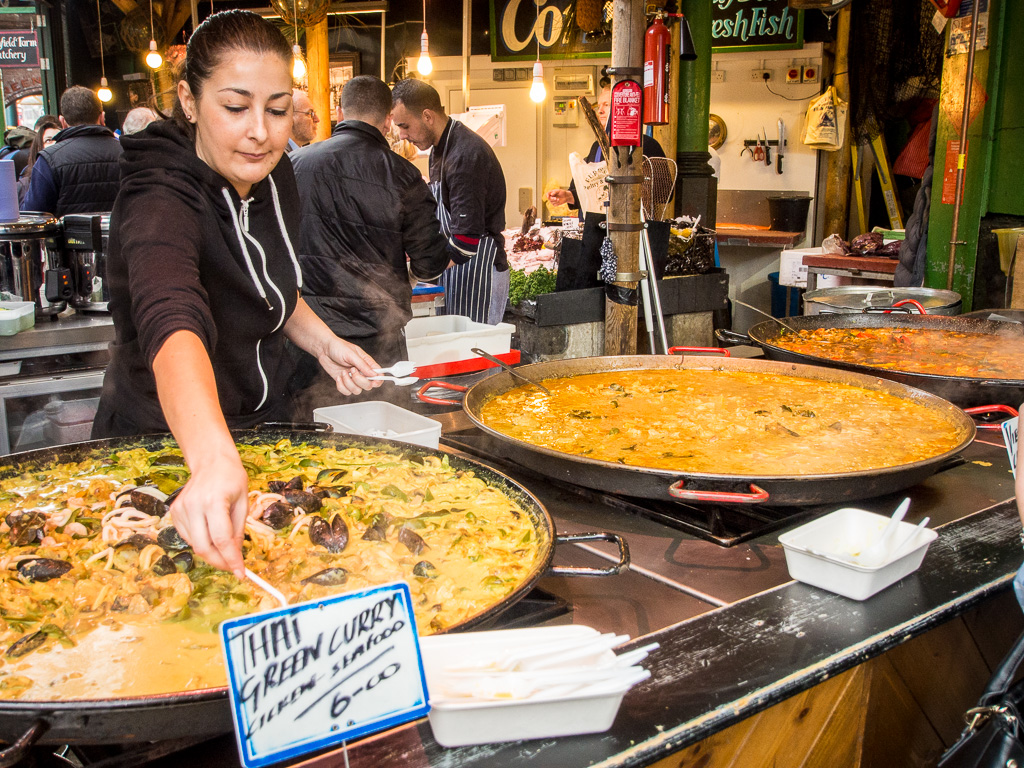 Making the curries at Borough Market in Southwark, Central London