Changing your perspective when making photographs can result in images that are instantly recognisable, yet different and more engaging. 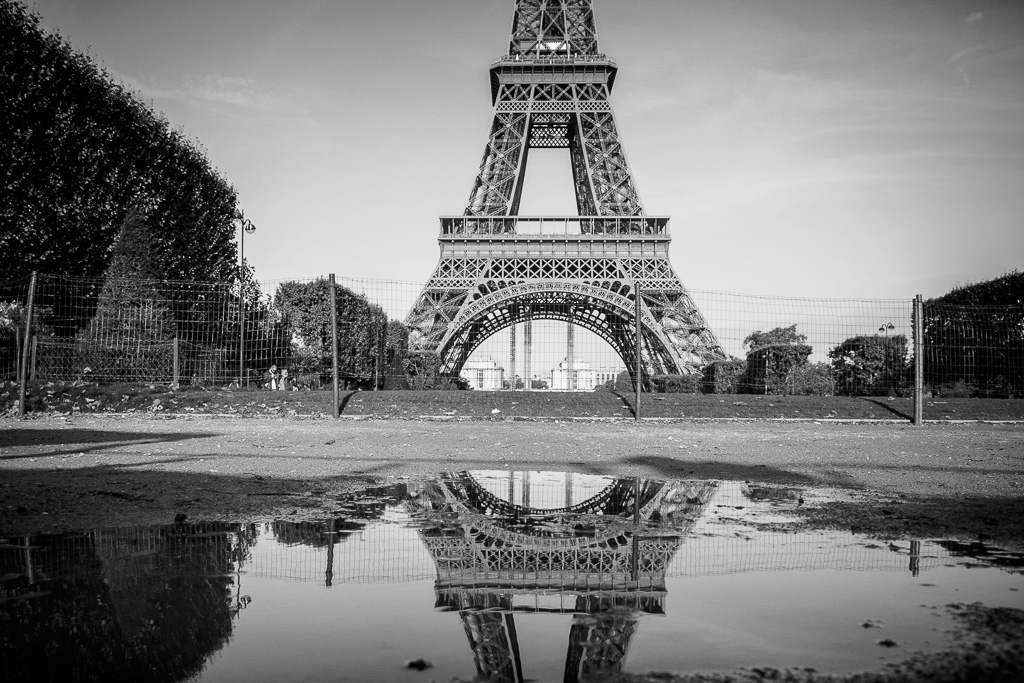 Let’s take a look at the Eiffel Tower in Paris. Most people today know what the Eiffel Tower looks like. We’ve all seen images of the monument in travel brochures, on postcards or in our friends holiday snaps. No doubt we’ve all seen the tower in various movies and television shows too. Often those images are very similar – a view from Champ de Mars, or perhaps the Jardins du Trocadéro. They usually show the entire Tower, unmistakeable against the Paris skyline.

Instead of taking the standard “postcard” shot, why not make something completely different. Move around. Change your view and perspective of the Tower and make images that stand out from the photographs that most people take. You can still take the “standard” shots if you want to, but get creative and try to make images that you’ll be proud to show family and friends instead of showing them images they’ve already seen many times before. 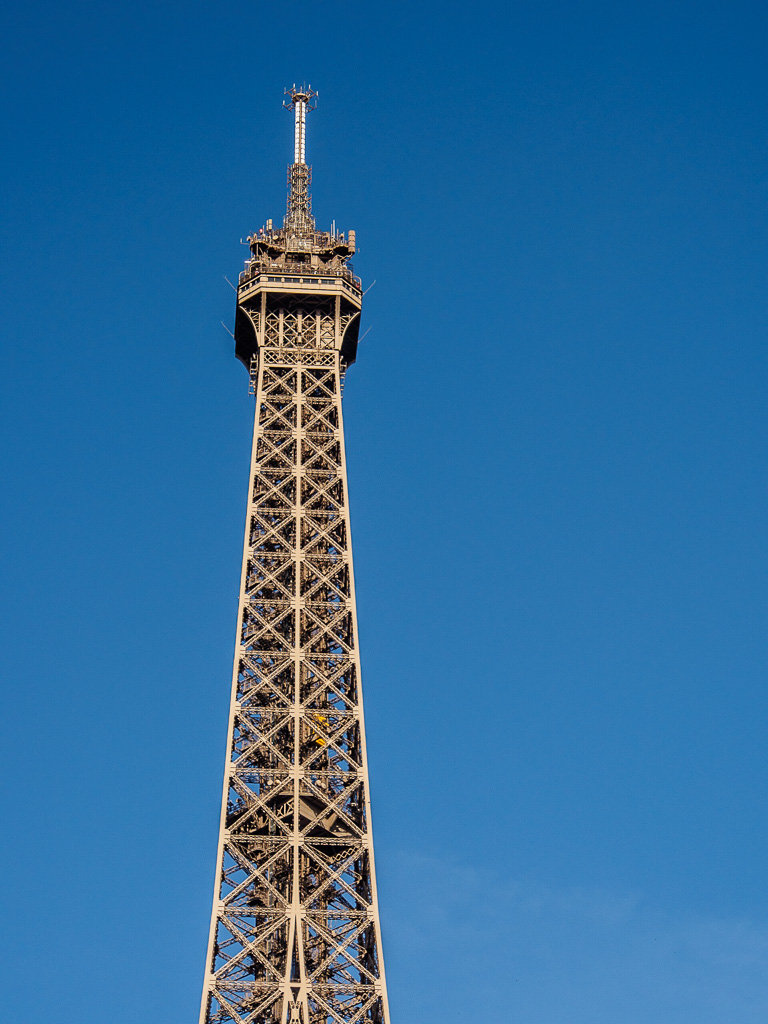 Not all photographs have to show the entire structure. The image above shows only the top portion of the Eiffel Tower, yet most people would know immediately what it is. We have seen so many images that we can recognise iconic landmarks even though we only show a part of them. Get close and look up. The view just might surprise you and you could come away with a completely different image than the one you originally envisioned. 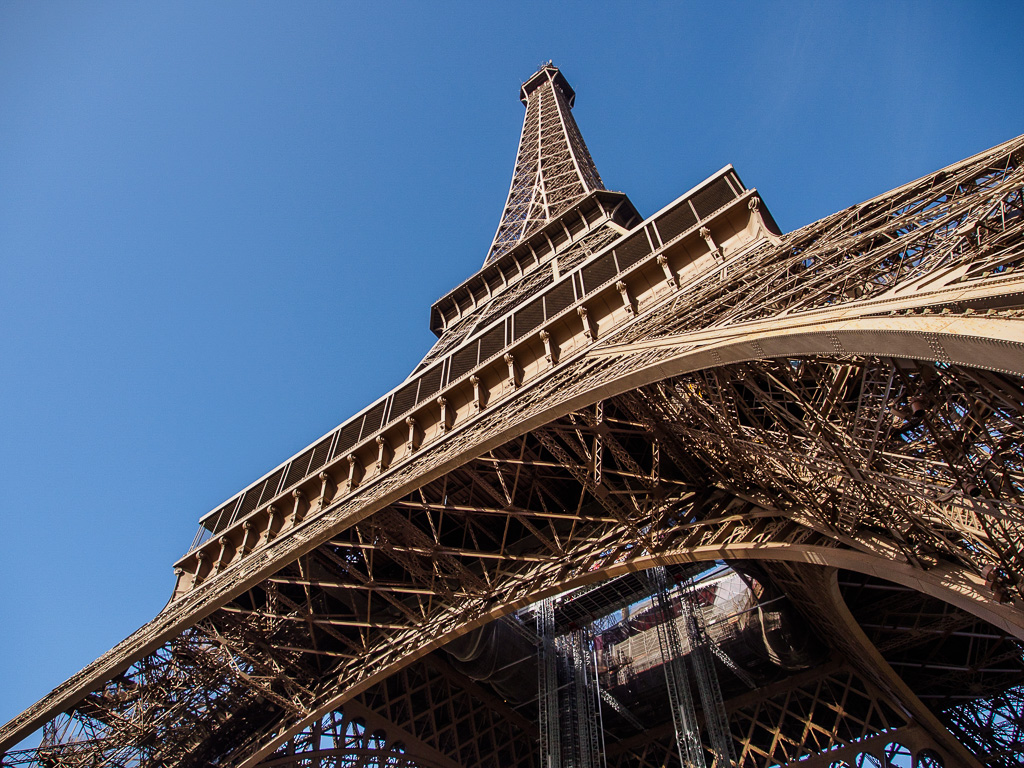 Standing at the base of the Eiffel Tower, looking up, gives us a different view of the Tower that is still instantly recognisable 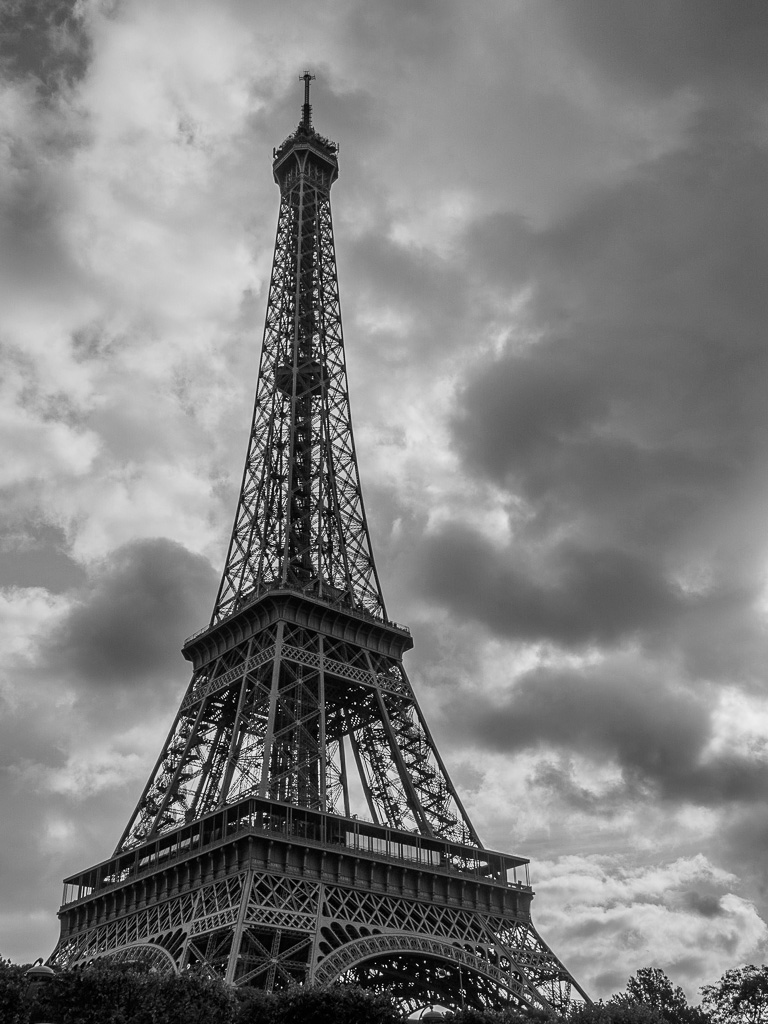 The Eiffel Tower set against a stormy Paris sky 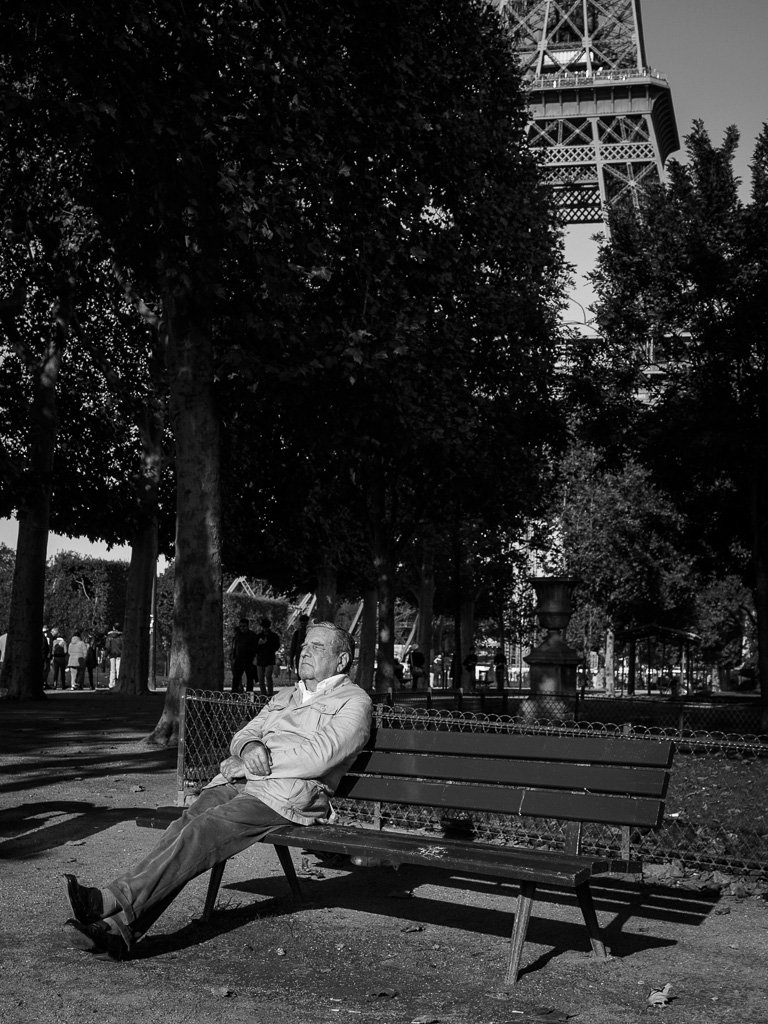 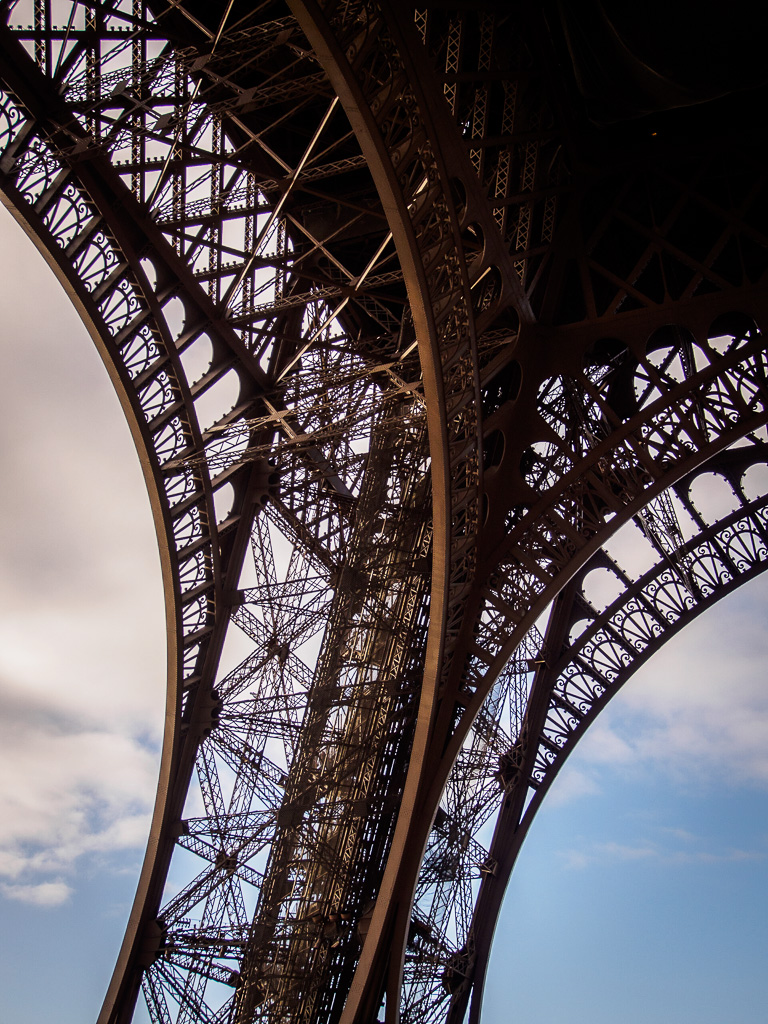