Don’t forget to talk to people

Today’s post is a simple tip… don’t forget to talk to people! 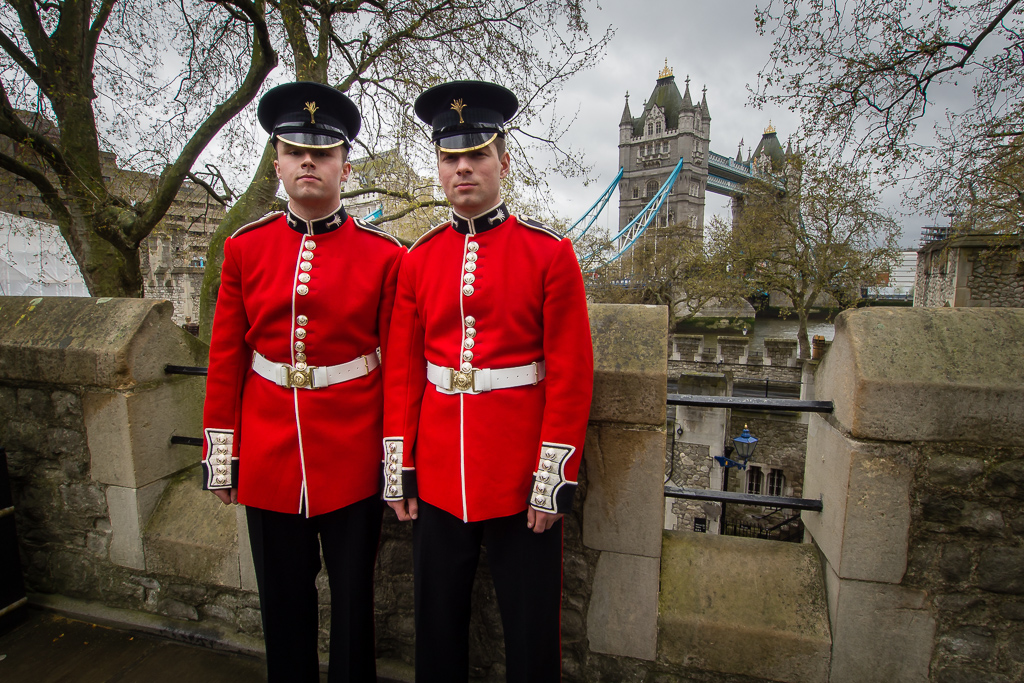 This image was made when I was walking around the Tower of London a few weeks ago. I was just meandering with my camera, looking for different angles when I heard a couple of distinctive Welsh accents behind me. I turned around and saw these two gentlemen. I knew straight away that I wanted to make their portrait with a backdrop of Tower Bridge.

The only way I was going to make the image I wanted was to talk to them. A quick compliment about their uniform, a quip about their accents being so distinctive and a request to stand with the bridge in the background. All in, it took a total of about two minutes – mission accomplished!

I also learned that like a lot of guys their age they like music, pubs and McDonalds – but not necessarily in that order!