Following on from my last post, I thought I’d share some images from London. All of these images were made with the Fujifilm X100S… still my favourite camera! They were all shot in RAW mode and have had basic adjustments made in Adobe Photoshop Lightroom. 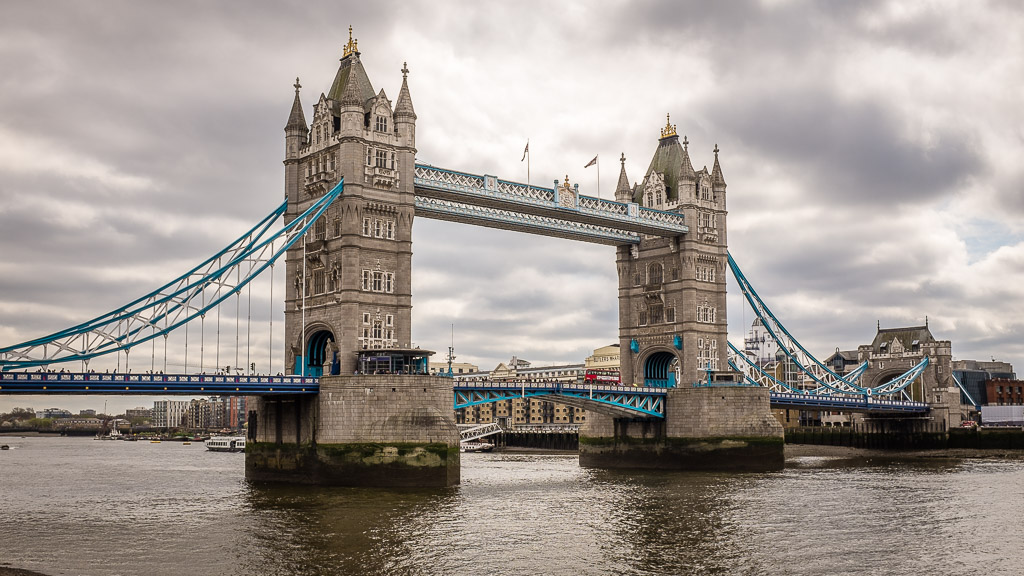 Tower Bridge, an icon in London

First up is an image of Tower Bridge, an icon of London. I don’t think anyone ever goes to London and comes away without capturing at least one image of this great bridge. Popular culture says this is the bridge that US business man Robert McCulloch (chairman of McCulloch Oil Corporation) thought he was buying in 1962, when he bought London Bridge and relocated it to Lake Havasu City in Arizona. McCulloch vehemently denied he bought the “wrong” bridge, but of course the story of his mistake persists to this day!

This image was made from the northern bank of the River Thames adjacent to the Tower of London. It was made at 1/2000 sec, ƒ4 and ISO200.

Next up is an image made from the walkways between the towers of the Tower Bridge. This is a view of the Thames that not a lot of people seem to find, looking towards St Paul’s Cathedral with the modern architecture of City of London on the right. Made at 1/480 sec, ƒ4 and ISO400. 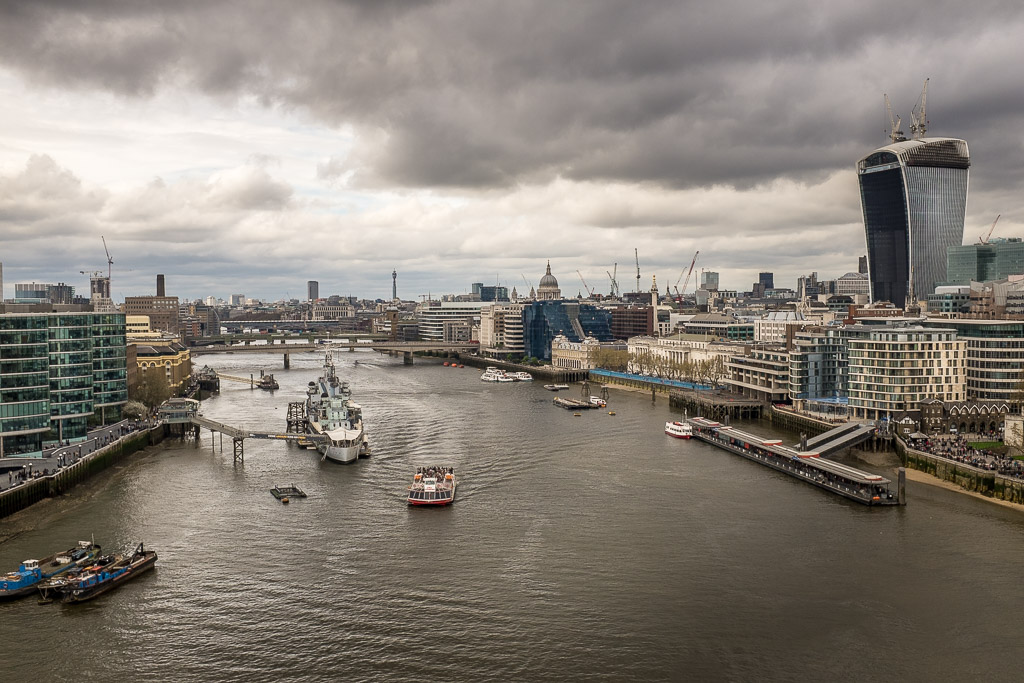 Two more icons of London are the red phone booths and the red double-decker buses. As soon as most people see an image of either of them, they know immediately where the images were made. I think just about everyone associates London with red buses and red phone boxes! 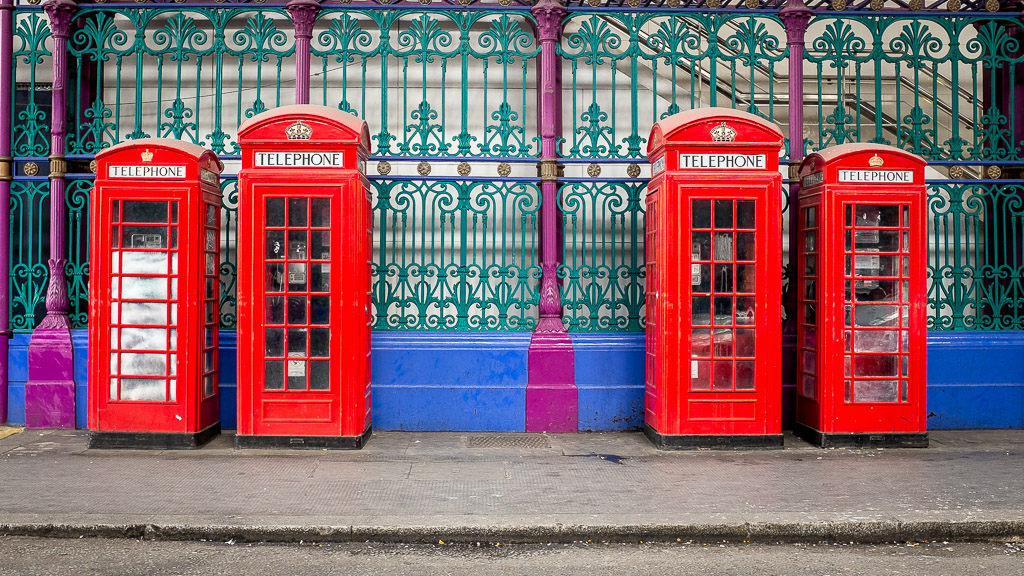 These phone boxes were spotted at the Smithfield Meat Markets. It’s not as common to find them in groups like this. Usually they’re seen as individual phone boxes or maybe back-to-back in pairs, but I thought these made an interesting combination. Not only were there four phone boxes, there were also two different sizes and they were separated and ‘mirrored’. Image made at 1/60 sec, ƒ4 and ISO1250.

The old double-decker bus was a fortuitous find! As I was walking from the Smithfield Meat Markets to St Paul’s Cathedral, I saw a few of them driving around. Some were green, but then this red one appeared and I managed to make an image of it with the dome of St Paul’s in the background. The image was made at 1/850 sec, ƒ2.8 and ISO400 with just a few simple tonal adjustments made in Adobe Photoshop Lightroom. 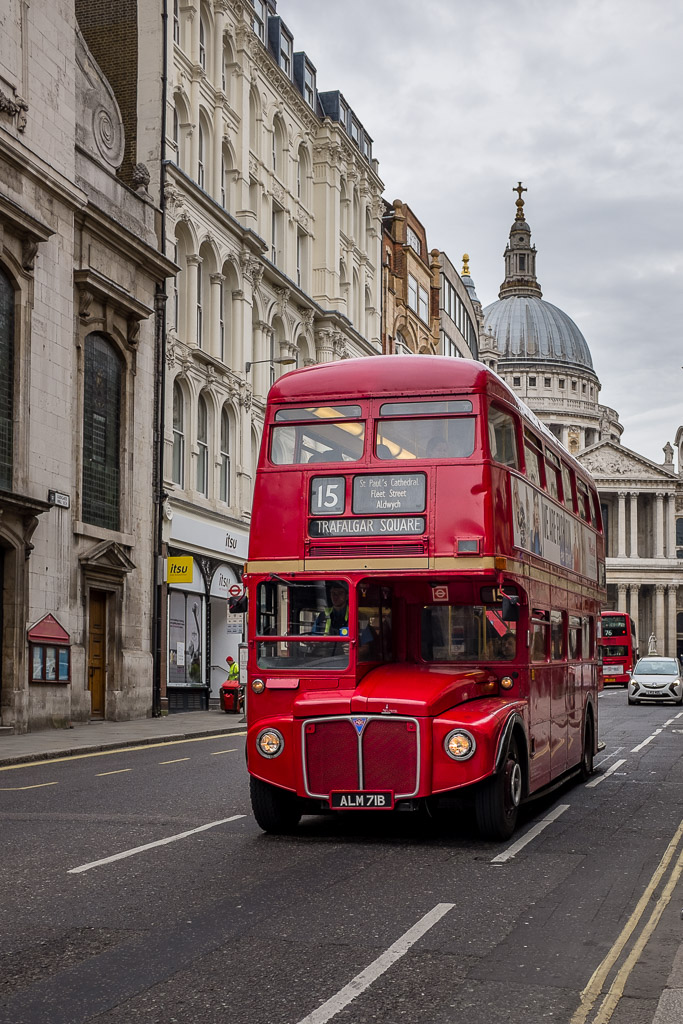 The last image is a view of The Shard. Rather than making an image from across the River Thames and showing the building against the skyline, I decided to walk much closer to the building. This image was made from St Thomas Street near the base of the building and looking straight up towards the top floor. It’s a different view than you normally see and was made at 1/1100 sec, ƒ4 and ISO200. Again, basic tonal adjustments were made in Lightroom and then the image was converted to black and white. 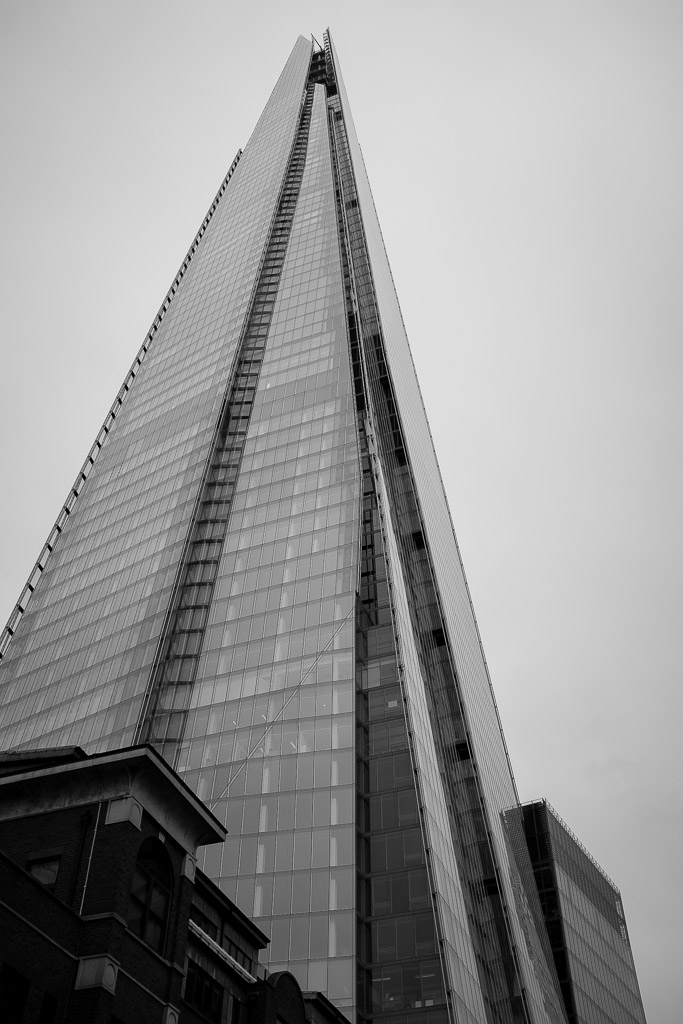 The Shard as seen from St Thomas Street, London

The Fujifilm X100S really is a versatile camera. It’s a camera that’s easy to carry and great to shoot with. It makes a great little travel camera.