I can see in the dark

I thought I’d do something a little different this time and post a couple of images I took under moonlight with my Nikon D800 and D700 digital SLR cameras. Both images were made using a Nikkor AF-S 24-120mm f/4G ED VR lens and were stabilised on a Manfrotto 190CXPRO4 Carbon Fibre tripod with 496RC2 ball head. 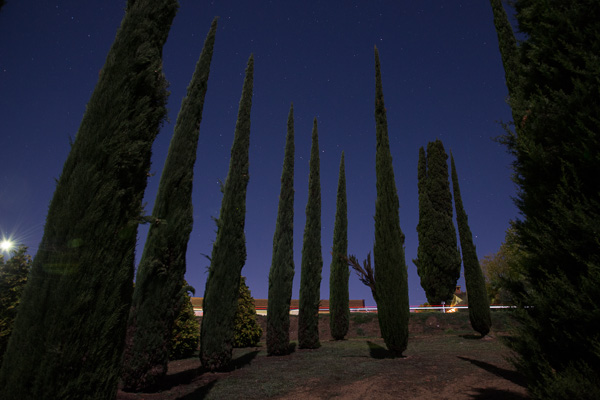 This first image was made under full moonlight on the outskirts of Sarteano, Italy in October 2012. Looking back through the stand of trees towards the roadway you can see the trail of light left by a passing car. There were five of us that headed to the trees just after midnight and had a ball photographing them from all different angles. 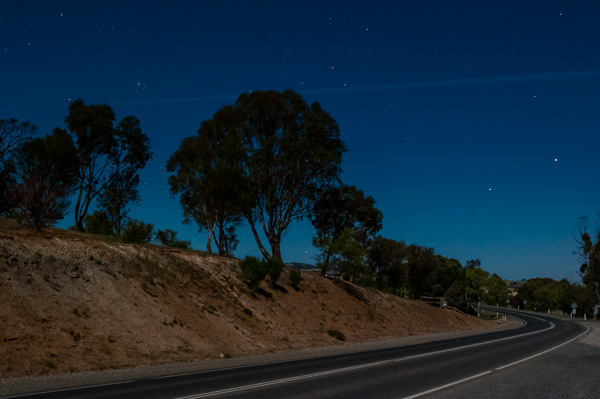 This image was made on the outskirts of Kapunda also in October 2012. It’s one of a series of images I made that night showing Thiele Highway disappearing into the distance. The stars moved just enough to leave a tiny star trail behind them. You can also see the remains of an aircraft ‘contrail’ stretching across the sky.

Just a couple of fun shots highlighting how good cameras have become!