Getting out at night to take photographs is always good fun. Whether you shoot using a tripod or not, you can come away with some great images. The shot above was taken from the south bank of the River Thames in London just after the sun had set behind Elizabeth Tower (Big Ben). The exposure time was two seconds at 200 ISO, so the camera was stabilised on a tripod to ensure everything stayed sharp.

Modern cameras don’t always have to be mounted on a tripod though to make a pleasing image. The high ISO capabilities of most cameras made over the last few years is very good. Hand-holding your camera and selecting a high ISO can be very rewarding. There will of course be some digital noise in high ISO images, but the combination of modern camera sensors and image editing software such as Adobe Photoshop Lightroom make that somewhat of a moot point. Removing digital noise will result in the image becoming a little softer with less detail, but generally that won’t be a problem unless you plan on printing the images billboard size. 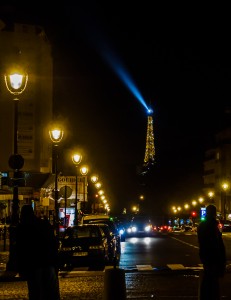 This image of the Eiffel Tower in Paris was made using an OMD E-M5. It was hand-held with an exposure of 1/50 sec, ƒ6.3 and 6400 ISO. There is some noise, but with basic adjustments in Lightroom 5 that included some noise reduction, the image is perfectly useable. I’ve printed this particular image at 17” x 22” and it holds up very well. The reason I didn’t use a tripod is simple – I didn’t have it with me. I had been out to dinner and was returning to my hotel when I saw the Eiffel Tower all lit up. I knew I wanted to make an image and all the components were just falling into place for me. The traffic conditions and number of pedestrians were just enough to add to the feel of the image and I didn’t know what it would be like by the time I got to my hotel room and back again with the tripod. So, I adjusted the ISO up to 6400, waited for the rotating spotlight to move into the position I wanted, then I made my image. Having the image you want, albeit with some noise, is better than missing the photograph all together! 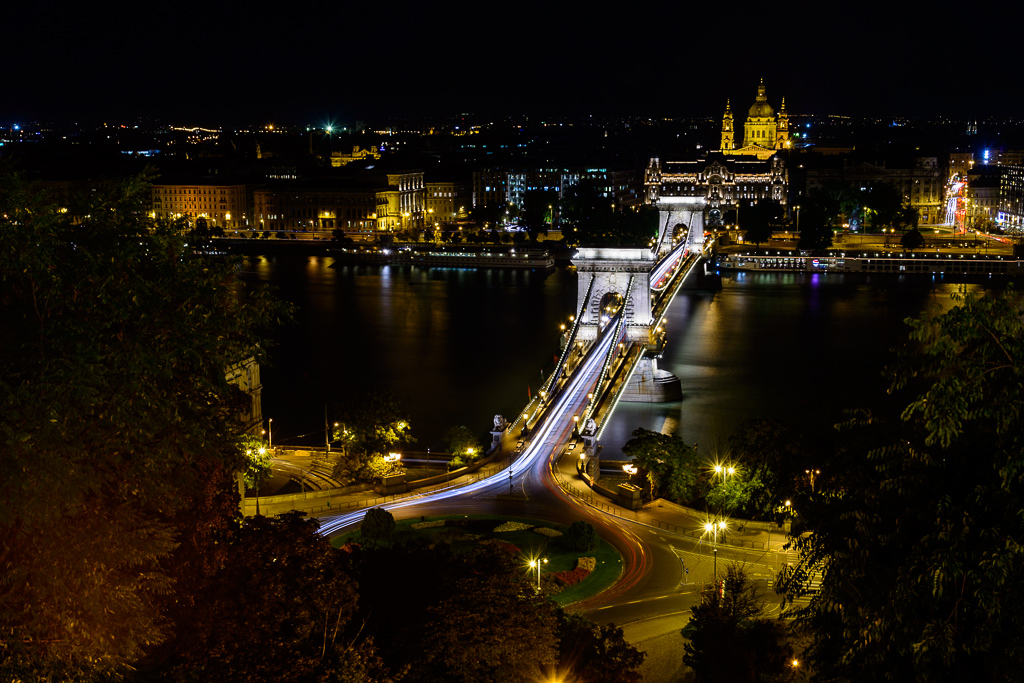 This image of Chain Bridge in Budapest was made with an exposure of 30 seconds, stabilised on a tripod, to show the light trails from vehicles on the road 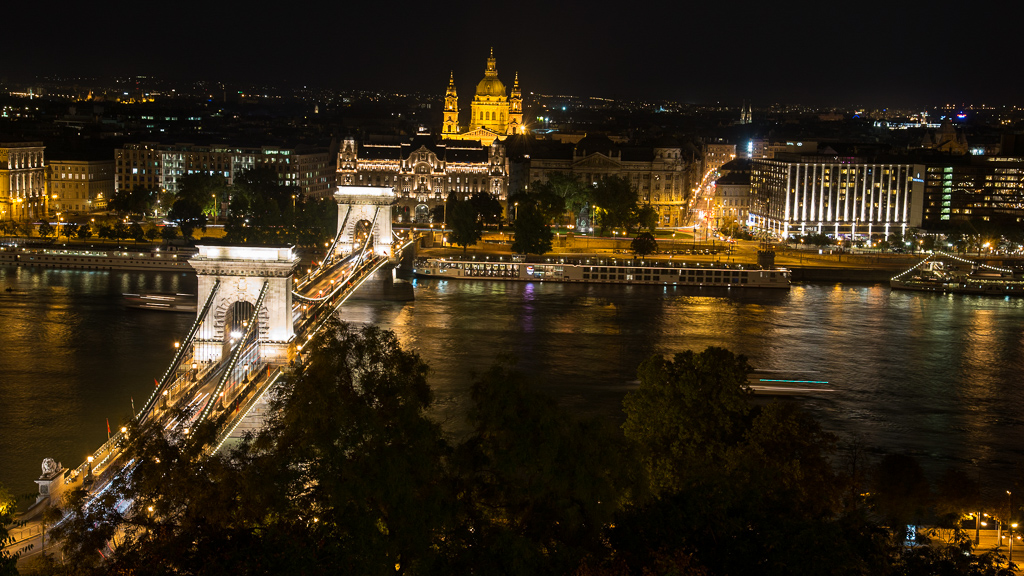 This image of Chain Bridge in Budapest was taken from the top of Castle Hill, stabilised on a tripod

The last image is of the Opera House in Vienna, Austria. I was walking past just after the sun had set but while there was still a nice glow in the sky. Again, I didn’t have my tripod with me so I adjusted the ISO up to 6400 and made my image at 1/100 sec and ƒ5.6. I was using a 12mm lens on a full-frame camera which means most of the image is in focus at a relatively large aperture. Basic adjustments in Lightroom and the noise is unnoticeable. 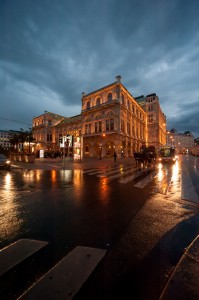 The main thing you should be taking away from this is that if you don’t have a tripod with you, make the image anyway. It doesn’t matter if it’s a little noisy, just make the image. I think it was Rick Sammon who once said “If the image is so bad that you notice the noise, it wasn’t an interesting image anyway”.

Carry a camera with you and make the best images you can at the time. Don’t worry about whether they’re perfect or not, just concentrate on “getting the shot”.