Off the beaten track

It's not what you look at that matters, it's what you see... 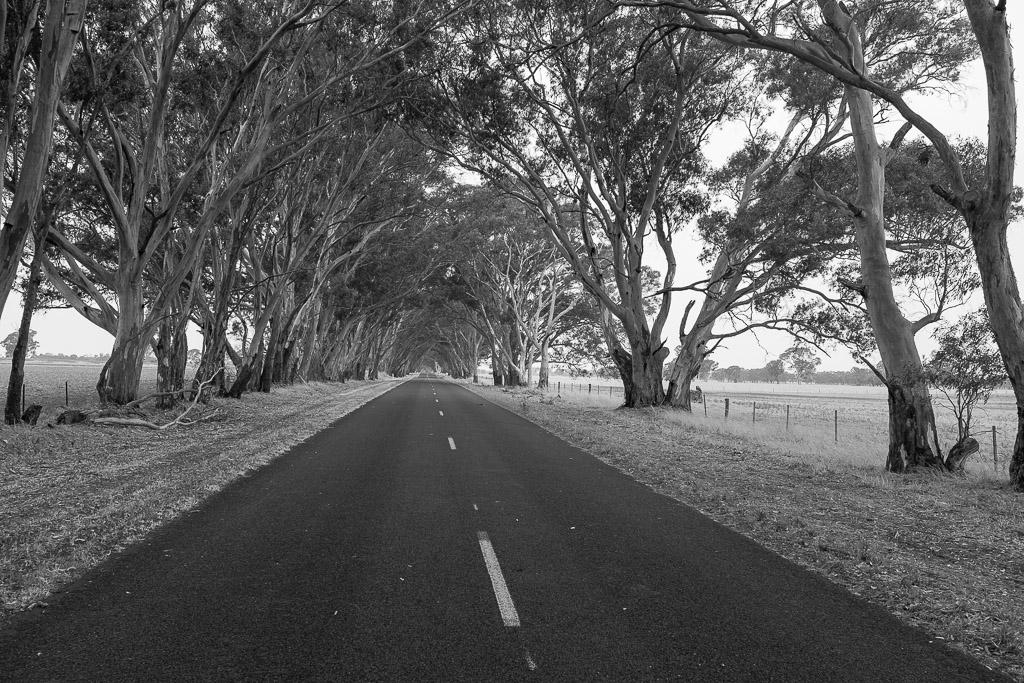 Sometimes it’s fun to “go where the GPS thinks you should go”, rather than take the regular way to a location. Earlier this year I went to Melbourne in Victoria (Australia) to participate in Valerie Jardin’s Melbourne Photo Workshop. The workshop was a great experience and having done three of her workshops now I can highly recommend them.

Anyway, I decided to drive and take in Victoria’s Great Ocean Road (GOR) on my way to Melbourne. Driving to Melbourne from my home in South Australia would normally take about nine hours, mostly on boring highways. This time I decided to head off the beaten track a little and took two days to make the journey.

There were a few large bushfires burning in Victoria which made visibility quite poor. The ocean views were just not there, so I took an alternative route suggested by the GPS. I ended up on small backroads a little inland and stumbled across an old farmhouse.

These images were all made with my favourite camera – the Fujifilm X100S and then converted to black and white using Adobe Photoshop Lightroom. Nothing more than some basic changes in the develop module were applied.

I found this farmhouse in the Byaduk region of Victoria. It dates back to sometime around the late 1800’s but has obviously seen better days! I was driving past it before I realised what it was, so I stopped, turned around and drove back to make photographs. 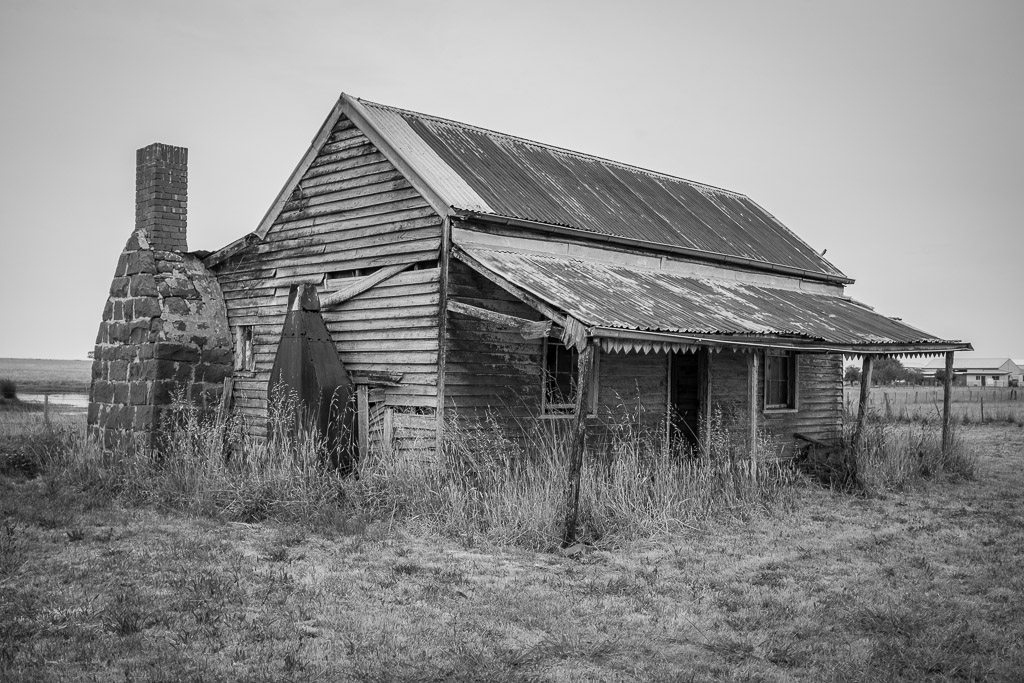 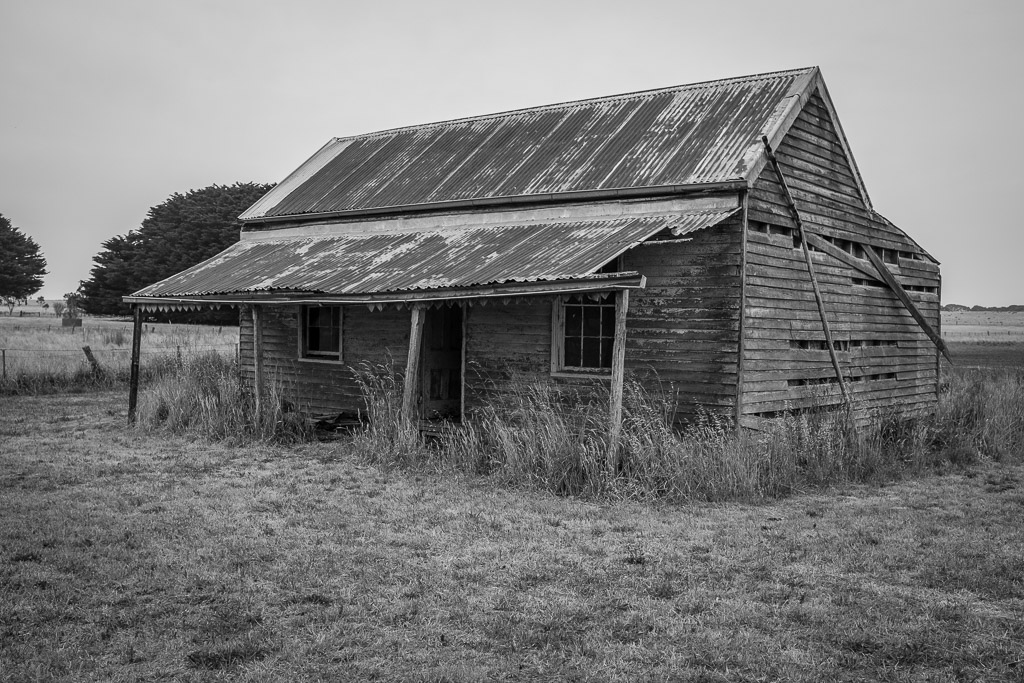 Walking around the old house revealed so many different textures. I could have spent an hour or so just exploring the outside of the building, but unfortunately I had a few kilometres to travel so I only stayed about 20 minutes. I did have a nice chat with the current owner who gave me a little of the building’s history too, so it was 20 minutes well spent. 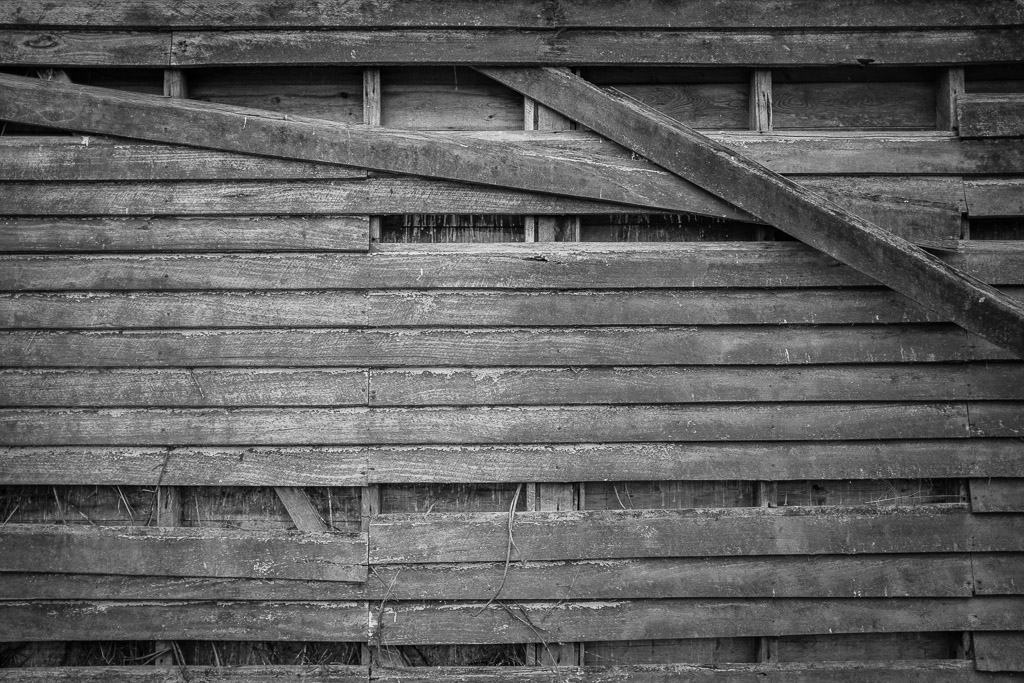 Travelling off the beaten track is a great way to find hidden gems to photograph. Don’t be afraid to venture away from your normal journey and explore the world around you.