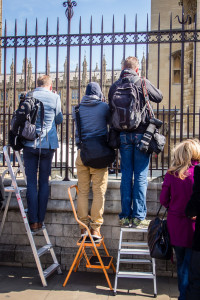 Three paparazzi standing on their stepladders outside the Houses of Parliament in London, waiting for the stars of the movie “Suffragette” to make an appearance.

On a recent trip to London I saw a crowd milling around the fence outside the Houses of Parliament (Palace of Westminster). I wandered over to have a closer look and found three paparazzi with their cameras trained through the fence. I soon discovered there was a movie being filmed and they were waiting for the star, Meryl Streep, to make an appearance.

The movie was “Suffragette” starring Meryl Streep, Carey Mulligan, Helena Bonham Carter and Ben Whishaw. The paparazzi were actually quite friendly. They were focused on getting their shots, which was understandable, but they were happy to chat to curious bystanders as well. I watched for a while but as the longest lens I had with me was my Olympus m.Zuiko 12-50mm (24-100mm 35mm equivalent), there was no way I was going to get any shots of Meryl that would be worthwhile. Actually, it was hard to get a vantage point anyway, so I decided to make a few images of the paparazzi instead.

Suffragette is a British film about the early suffragette movement in the UK. It is the first movie ever allowed to be filmed in the grounds and buildings of the Houses of Parliament. Many films have been set there before, but they were all filmed on a soundstage, somewhere in a studio. The British Members of Parliament voted to allow the filming because it relates so closely to parliament and governance in England.

I never saw Meryl Streep, or anyone else famous for that matter. But I did have an enjoyable 20 minutes or so, watching the paparazzi do their thing with a gaggle of curious onlookers straining to see what was happening. 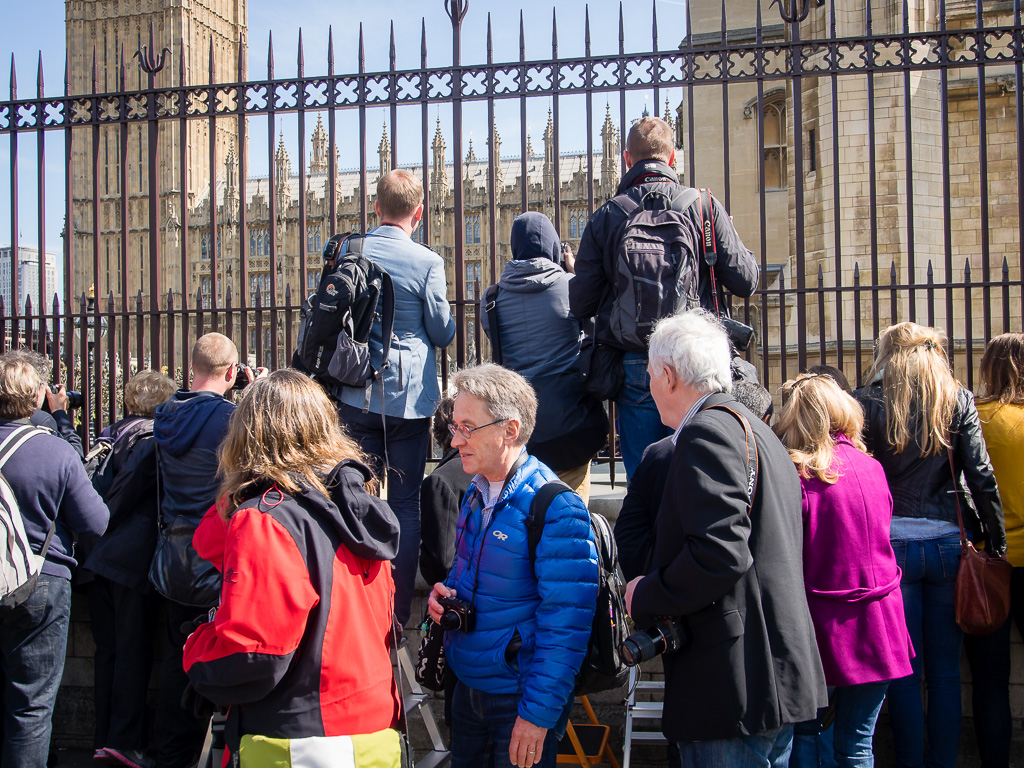 Three paparazzi taking a high vantage point outside the Houses of Parliament, London, waiting for the stars of the movie “Suffragette” to make an appearance. 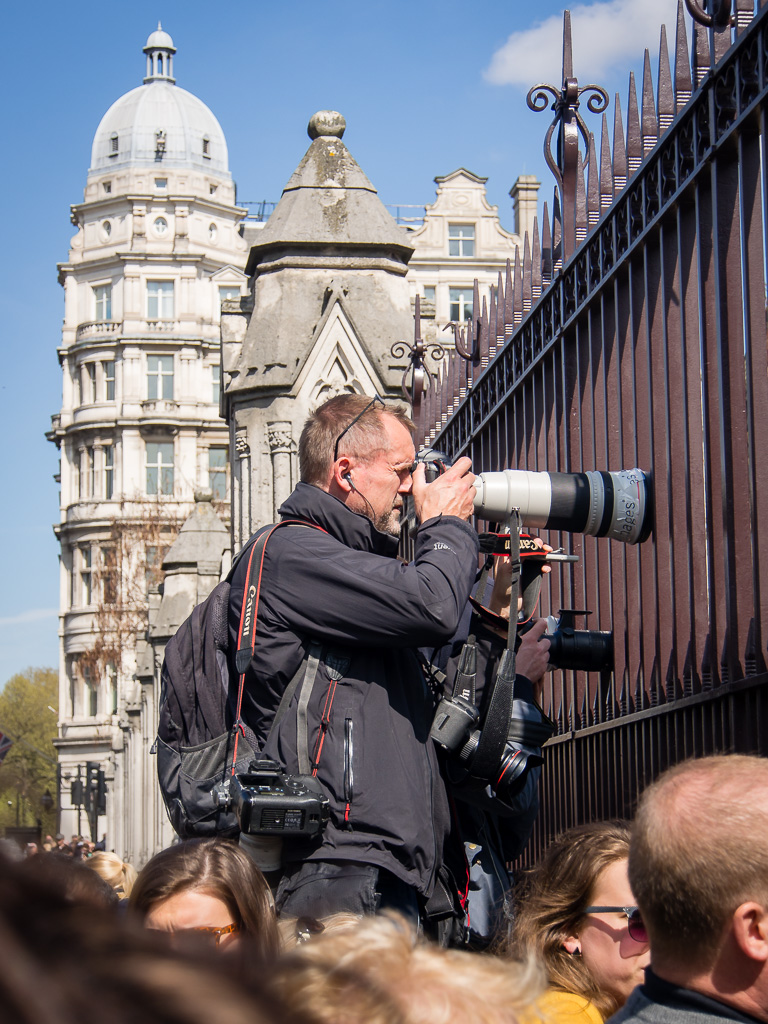 Paparazzi outside the Houses of Parliament, waiting for the stars of the movie “Suffragette” to make an appearance. 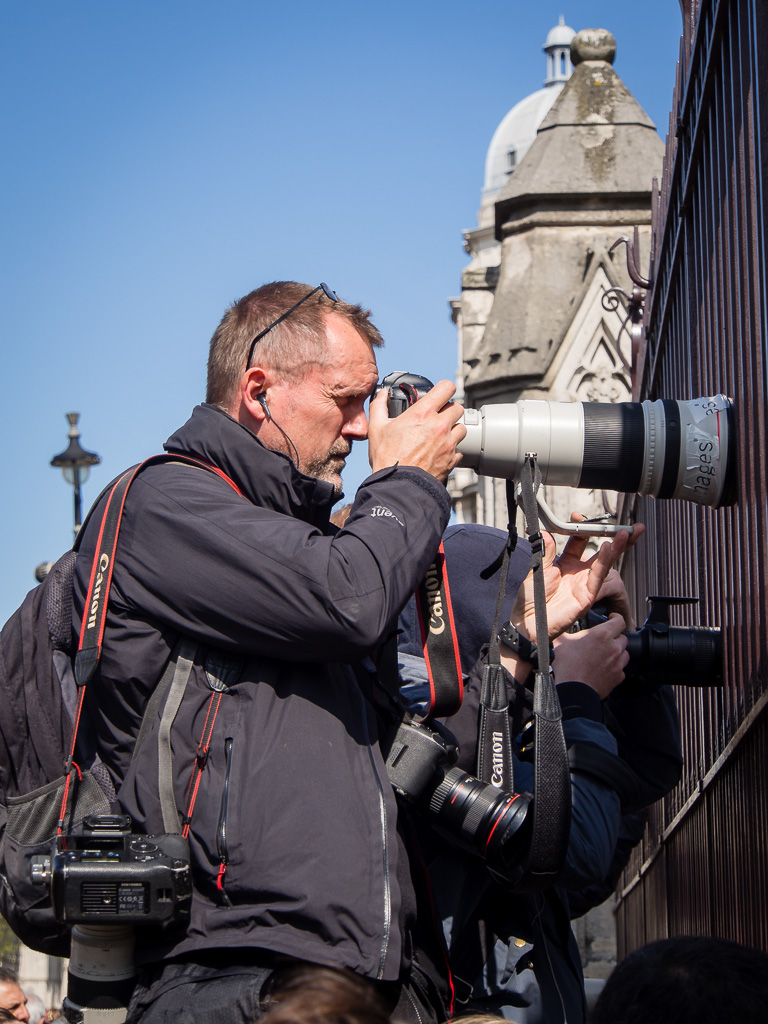 A paparazzo shooting through the fence at the Houses of Parliament, London, waiting for the stars of the movie “Suffragett” to make an appearance.