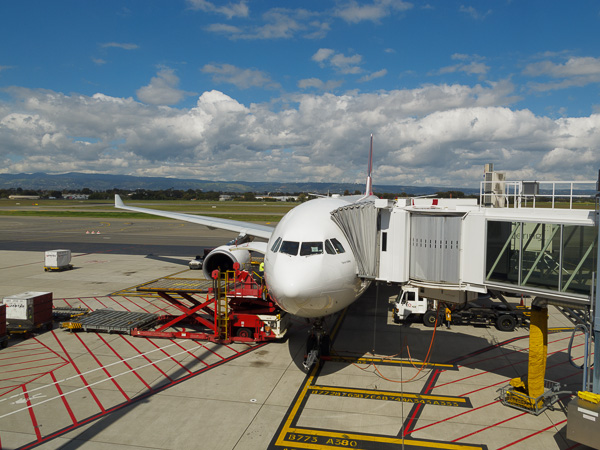 I’m leaving, on a jet plane, don’t know when I’ll be back again… heading off from Adelaide to Singapore onboard Qantas flight QF81.

Buying train tickets at Frankfurt International Airport is very easy. Just follow the signs to the ticket office and hand over your credit card. Of course, it would have been cheaper to buy my train tickets before I travelled, but I wanted maximum flexibility so that I didn’t have to worry about flights being delayed or arriving early and either missing my train or sitting around for hours waiting. I managed to get a train that left about 45 minutes after arriving at the airport – perfect!

The ICE trains are high speed inter-city trains that run regularly between major cities in Europe. I boarded mine at Frankfurt and headed to Brussels where I had to change trains for the next leg into Paris Gare du Nord. Twelve minutes between trains – should’ve known that was going to be a bit tight!

After arriving in Brussels, I grabbed my bags and headed to the platform. That’s where my troubles started! There were hundreds of people getting off the train and meandering along the platform. People apparently don’t walk very quickly in Brussels! I pushed and prodded my way through the crowd and eventually reached the new platform, boarding my train with two minutes to spare – WRONG! For some reason I asked another passenger if this was the train to Paris and the answer… “No, you need the red train in front of this one.” I headed back onto the platform and sure enough there was the red train, about 80 metres or so further along the platform. Nothing to do but make a dash – suitcase in left hand, Think Tank rolling camera bag in right hand and Crumpler messenger bag over my shoulder – all lifted up off the ground and me running and yelling “Excuse me! Excuse me!”. For those of you that know me, you probably have quite an image in your head at the moment!

I made it onto the correct train and found my seat just as the doors closed. I’m never going to have a train connection that tight again, that’s for sure. The rest of the journey into Paris and then to London on the Eurostar was quite uneventful, thankfully. 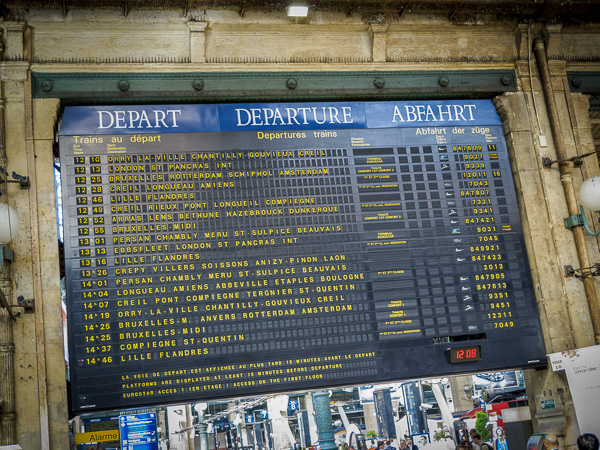 Once I arrived at London St Pancras International Train Station, it was a simple taxi ride to my hotel – 39 hours from the time I left home to the time I got into my hotel room. It was certainly an adventure!