Should I remove objects from photographs?

This is a question I’ve been asked more than once. The answer is simple… “it depends”. 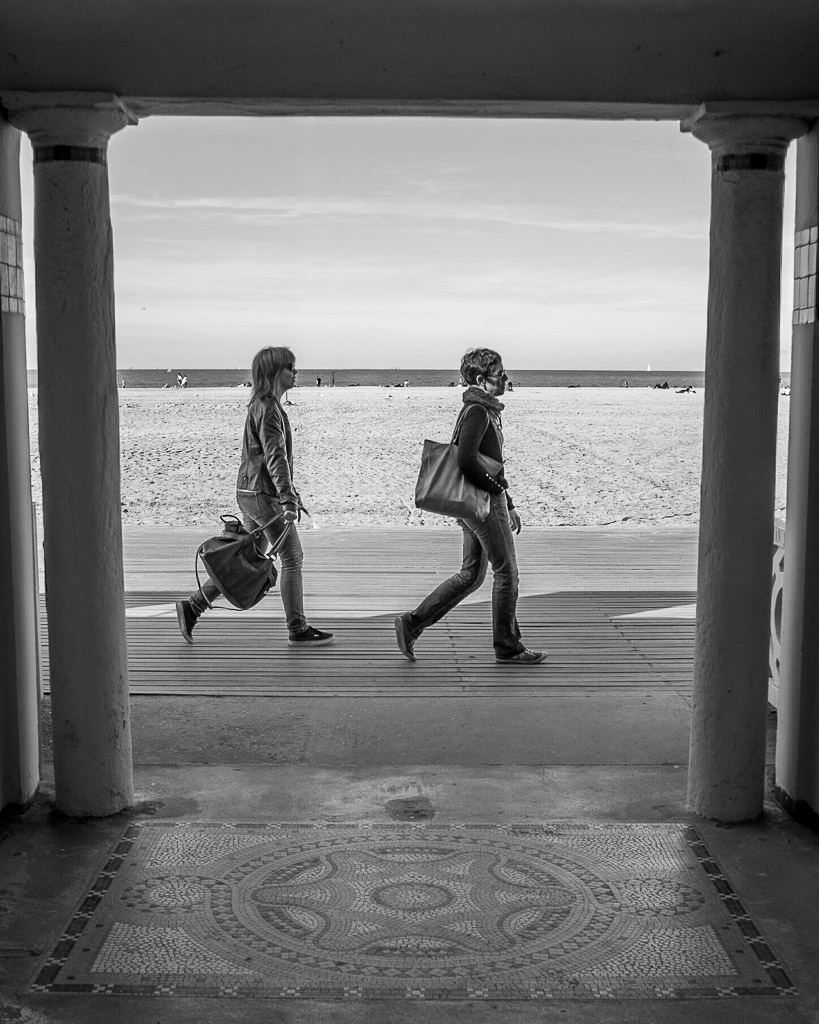 Two women walking along the boardwalk at Deauville, Normandy, France

If you’re a photojournalist that makes a living making newsworthy images, then the answer is “No! Absolutely not!” If you’re in the news business, then you’re simply not allowed to alter photographs beyond basic tonal adjustments. The image must portray the scene as it was, without any form of manipulation.

Me? I’m not in the news gathering business, so while I don’t always remove things, I fall on the side of Frederick Van Johnson. Frederick’s mantra is “pixels were born to be punished!” If you’re making art, then it really doesn’t matter what processing you do; go ahead and remove distracting objects, change skies, composite parts of different images together to make your final image. The only thing that matters is the end product, so make it look just how you want.

Having said all that though, I should say that I rarely remove elements. Nor do I do a lot of compositing. I tend to frame the image how I want it in camera and then make basic changes in Adobe Photoshop Lightroom with an occasional trip to Photoshop CC.

Take the image at the top of this post for example – I like the image, but the original had a distracting flag pole between the two women, plus a distant pole growing out of the head of the woman on the left. It really didn’t look that pleasing, so I removed the poles in Lightroom. Voila! A much stronger and more pleasing image. Is it exactly how the image was when I saw it? No, it’s not. But it is how I envisioned the final image when I was standing in the walkway making the photograph! 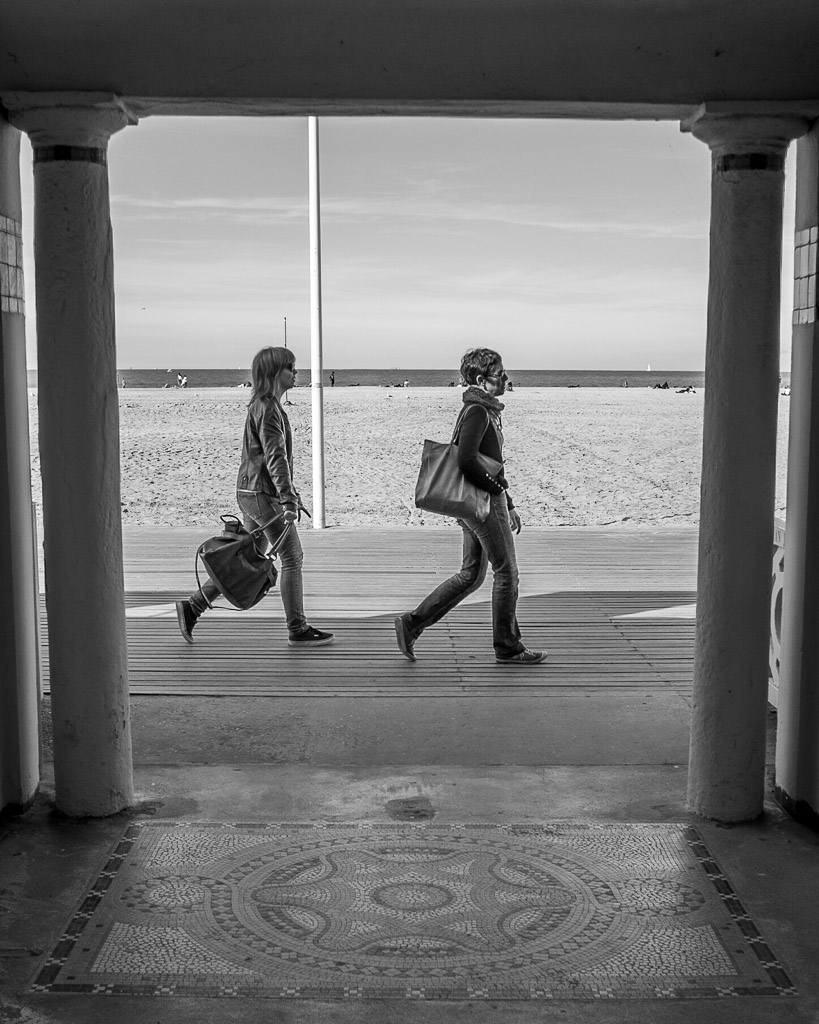 Two women walking along the boardwalk at Deauville, Normandy, France.

The next image was made on the beach at Deauville, Normandy. I was walking along the boardwalk when I saw the man in the photograph walking across the beach towards me. I had time to frame the image, but I wasn’t able to move any closer to remove a distracting shadow and rubbish bin from the bottom of the frame. I was shooting with the Olympus OMD E-M5 fitted with an Olympus m.zuiko 12-50 ƒ5.6-6.3 lens. I was fully zoomed to 50mm (100mm equivalent on a 35mm camera) and new it would be an easy “fix” to remove the distracting elements. A few simple changes in Lightroom including cropping and cloning and the image was exactly how I saw it in my head. 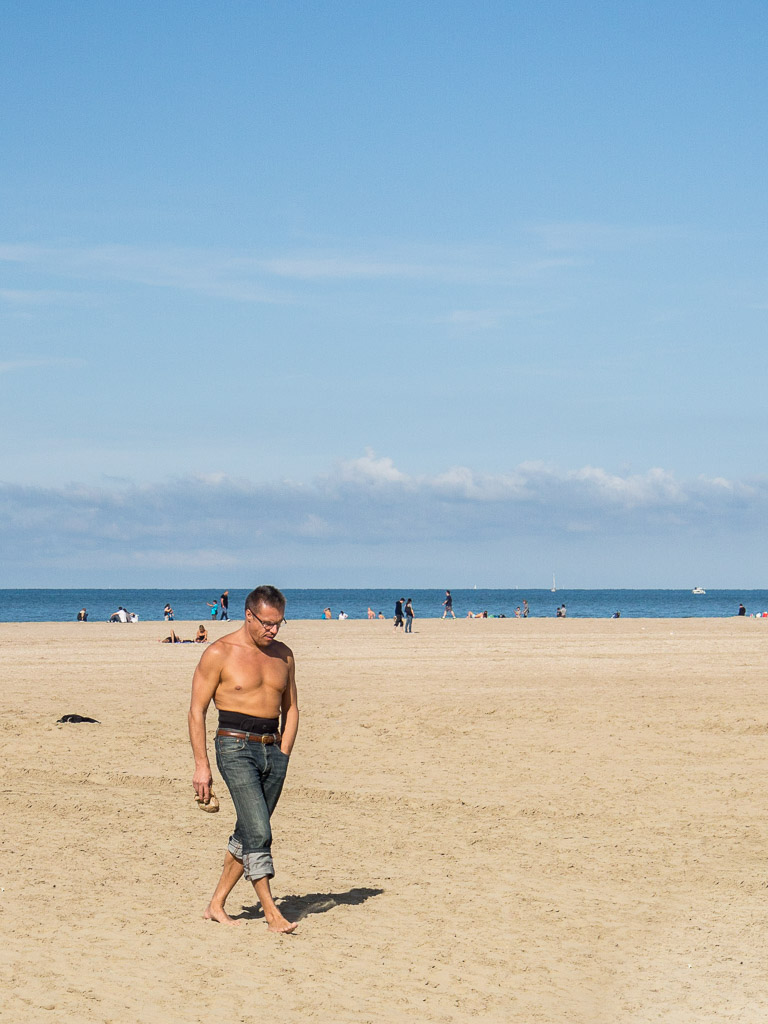 A man walking along the beach at Deauville, Normandy, France

And here’s the original image, before being cropped and removing the rubbish bin. 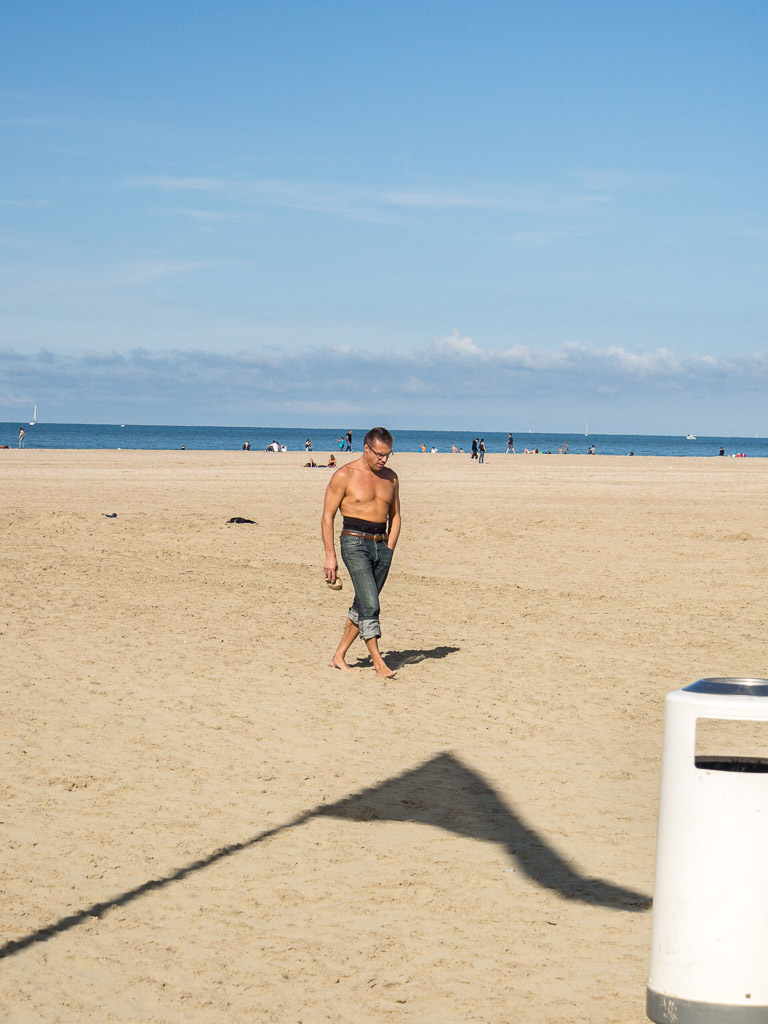 A man walking along the beach at Deauville, Normandy, France