The entire cast of the pantomime “The Snow Queen” being presented by Kapunda Musical Society at the Chapel Street Theatre, Kapunda.

I recently had the pleasure of photographing a full dress rehearsal for the upcoming performance of “The Snow Queen” – a pantomime being presented by the Kapunda Musical Society.

The script was written by Tina and Robert Burbridge but has been adapted by Kapunda Musical Society’s Jennette Mickan. It is the classic Hans Christian Anderson tale about friendship, detailing Gerda’s journey as she looks for her best friend Kye, who has been taken by the evil Snow Queen. It is a story full of laughter, song and dance.

The entire cast did a wonderful job and I’m looking forward to seeing the show performed in front of a large crowd at the Chapel Street Theatre in Kapunda. 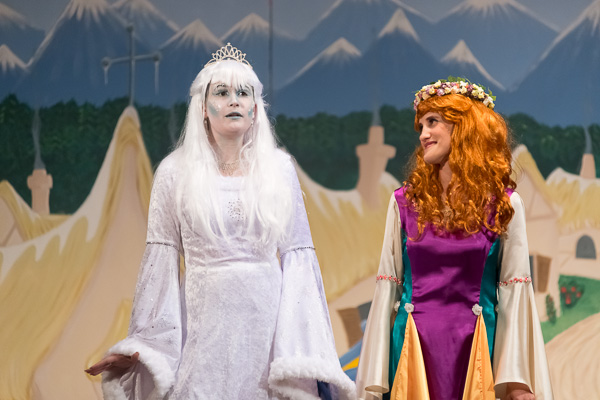 The evil Snow Queen and her good sister the Summer Queen performing during a full dress reshearsal for “The Snow Queen” at the Chapel Street Theatre, Kapunda.