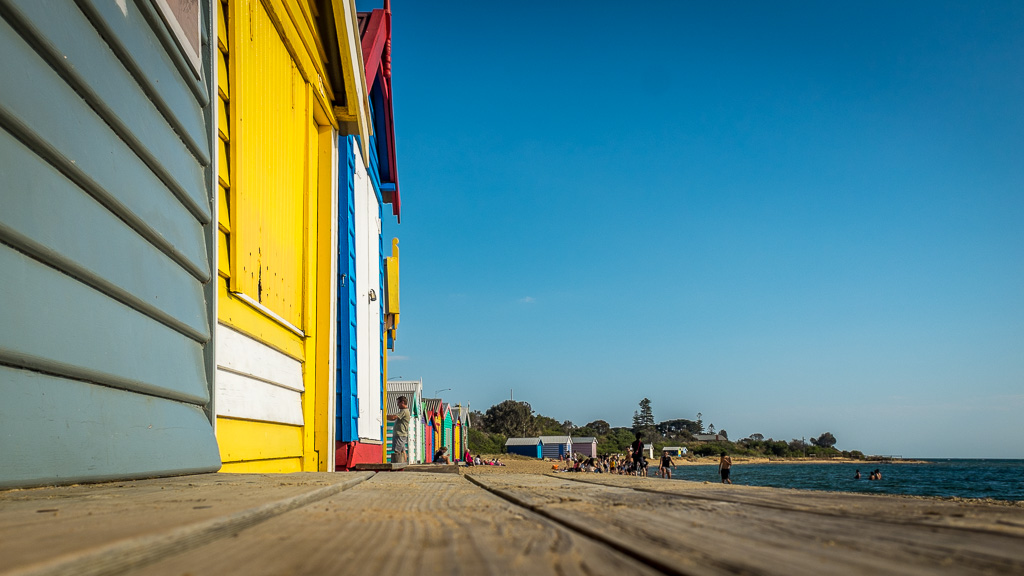 Everyone understands that good exposure goes a long way to making a good photograph. Right? But what actually makes a good exposure?  In this post we’re going to explore just what exposure means and how to achieve it.

First, we need to understand there really is no one correct answer to the question “What is a good exposure?”  Photographers are artists, so the “correct” exposure is what the photographer wants it to be. It could be a little dark and moody, or it could be bright and cheerful. The key is that it’s “what the photographer wants”. To achieve what we want, we need to understand how to achieve it!

The exposure triangle is the relationship between the three variables that control exposure – shutter speed, aperture size and ISO. So, how does it all fit together? 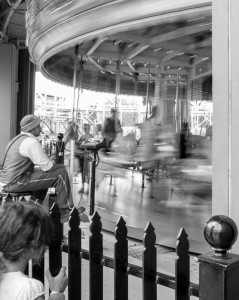 Aperture is the size of the opening in the lens that lets light into the camera and onto the sensor (or onto the film in a film camera). Don’t worry too much about the technicalities of the aperture – we’ll just look at the basics to get an understanding of how it works. Apertures are represented by numbers, often referred to as ‘ƒ’ numbers. The smaller the number, the larger the aperture and the more light will be allowed into the camera. Conversely, the larger the number, the smaller the aperture meaning less light will be allowed into the camera.

Aperture size also controls the amount of the scene that will be in focus. Let’s assume we’re focused on an object that is 25 metres away from us – a large aperture (remember, that means small number) will result in a small amount being in focus both in front of and behind the object. A small aperture however (large number) means more will be in focus both in front of and behind the object. The amount that is in focus is known as the ‘depth of field’. Sensor size, focal length of the lens and distance from subject all affect the depth of field, but in general terms a large ‘ƒ’ number means more depth of field than a small ‘ƒ’ number. Sounds confusing doesn’t it? Well, just think of the depth markers painted on the sides of public swimming pools – a bigger number means deeper water, or more depth. That’s no different to photography is it? Bigger number equals more depth!

Next is the ISO. Back in film days we had speed ratings for the film we used in cameras. A roll of film might have been rated at 64 ISO, 100 ISO, 400 ISO etc. The lower the ISO rating, the ‘slower’ the film. We would put a roll of film into the camera and were restricted to the ISO rating of that film until we took the film out and put a new roll in. We then had to make a choice about the ‘speed’ of the film for that roll. Digital cameras measure the ‘speed of their film’ in a similar way. In reality all that is happening is the sensitivity of the sensor is being adjusted electronically to act in a similar way to changing the speed of film. One major difference between film and digital is that we can adjust the ISO of the sensor for every single shot if we want to instead of being restricted to one ISO until we change film.

So, how does this all fit together?

Exposure can be measured in ‘stops’ of light. A ‘stop’ is simply a term used for measurement. For our purposes it doesn’t matter what it’s called or what it actually is, we’ll just assume that a ‘stop’ is a finite measurement. Now, let’s forget photography for a moment and talk about algebra. Let’s assume the following:-

Thinking back to algebra, let’s say that the correct exposure ‘E’ is equal to the aperture ‘A’ plus shutter speed ’S’ plus ISO ‘I’. In other words –

Don’t worry about what any of the actual numbers are yet, let’s just talk in general terms. We’ve discovered the correct exposure is made up of the sum of its three component parts – aperture, shutter speed and ISO. Remember, the exposure is what we want it to be artistically – it might be dark and moody, or it might be light and bright. It really doesn’t matter at this stage what the ‘correct’ exposure looks like.

If we want to change the formula, it’s a simple matter of juggling the figures a little. Remember that we’ve decided the exposure we have is ‘correct’ and we don’t want it to change. In other words, ‘E’ is a constant. Now let’s look at the rest of the equation.

If we want to decrease the ISO by one ‘stop’ of light and ‘E’ is constant, then we need to adjust one or more of the other two variables. We could add a ’stop’ of light by decreasing the shutter speed, or opening up the aperture, but if we only adjust one of those settings, then the overall exposure ‘E’ will change. Let’s consider some options. These equations will all give us the same value for ‘E’:- 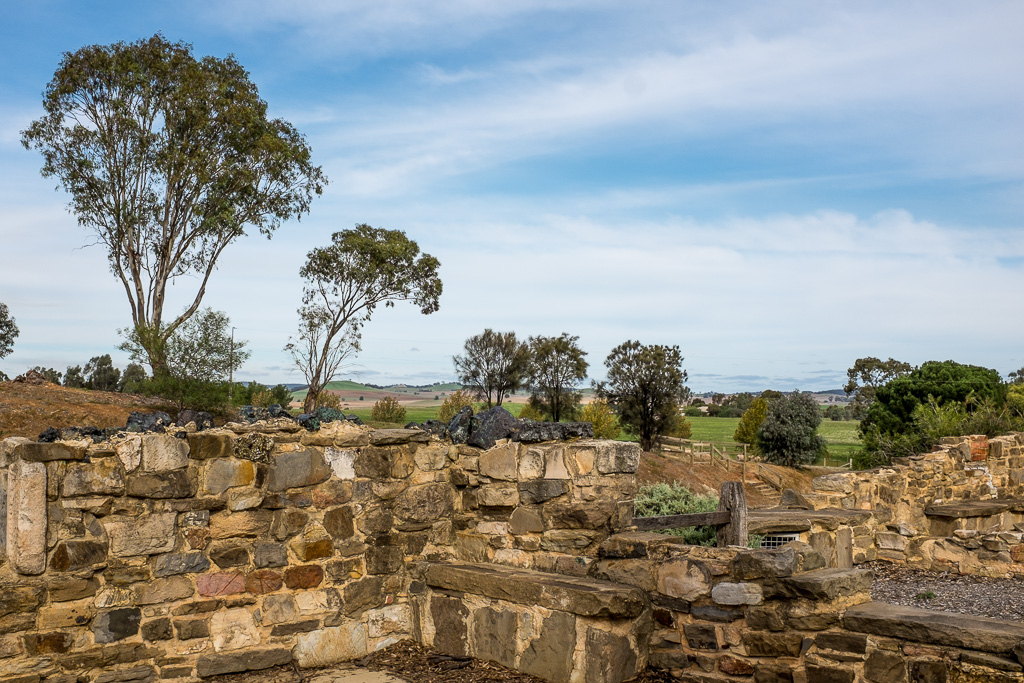 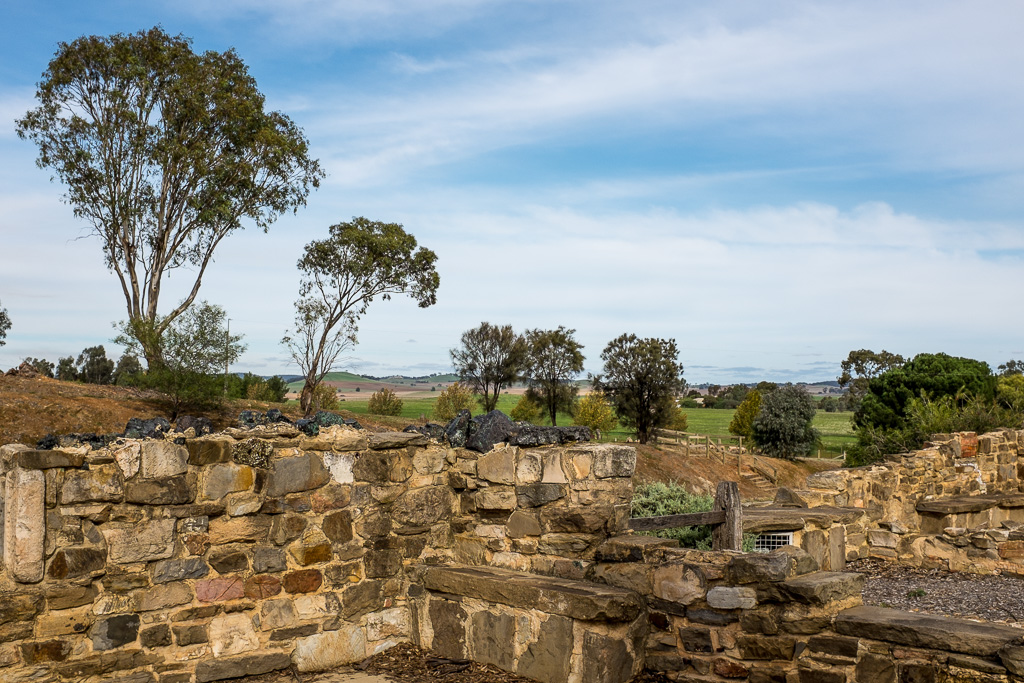 These two images taken in Kapunda, look like they have identical exposures. In fact they do, but their exposure values are different. Both images are made at ISO200, but one has an aperture of ƒ11 with a shutter speed of 1/250sec while the other has an aperture of ƒ8 and shutter speed of 1/500sec. Let’s break the equations down and see what’s happening.

In the first equation, nothing has changed. We know the correct exposure we’ve chosen is equal to the sum of the variables (aperture, shutter speed and ISO).

Taking just one of these, let’s put some actual numbers in:-

Adding a ‘stop’ of light to the aperture means making the opening larger. Remember that smaller ƒ numbers means larger openings, so we decrease the number by one stop to ƒ11. Removing a stop of light from the shutter speed means we need to let less light in. That equates to shortening the time the shutter remains open. So to remove a ‘stop’ from the shutter, we make it open and close faster by changing the shutter speed from 1/250th of a second to 1/500th of a second. Each of those changes is equal to one ‘stop’ of light, but we don’t have to work in whole numbers. Adjustments can be made in smaller increments, usually 1/3rd of a ‘stop’ or 1/2 of a ‘stop’.

So, there we have it. Now that we understand how the different parts of the exposure triangle fit together, we can make artistic decisions about how we want our image to look. If we want to use a large aperture to achieve a shallow depth of field, we’ll need to change either our shutter speed or ISO to maintain the constant value of ‘E’ for the exposure. Once we understand the relationship between the three components, we can change them in any combination we want to achieve our desired exposure value. Want a darker exposure? Then simply subtract light by closing down the aperture (bigger number), increasing the shutter speed or decreasing the ISO without adjusting a second variable to neutralise the change in exposure. Brighter image? Simply open the aperture (smaller number), decrease the shutter speed or increase the ISO. Each one of these adjustments affects more than just the exposure, but learning how they work together allows us to make more artistic decisions about the image we’re capturing.

Time to go out and make images!