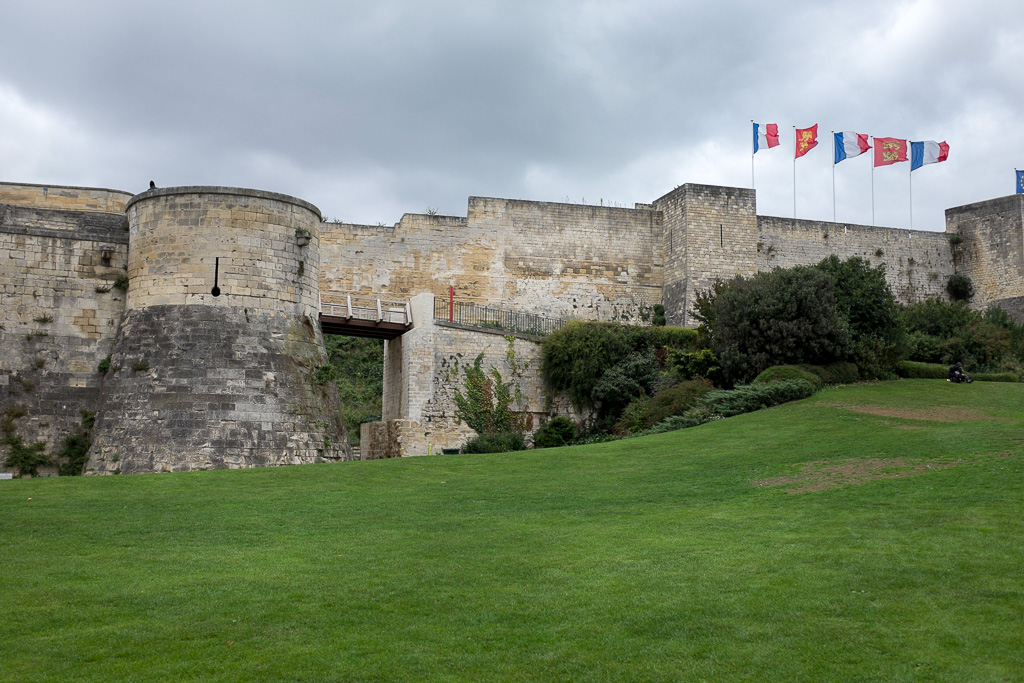 Le Château de Caen built by William the Conqueror in about the year 1060, Caen, France

Caen Castle, or Le Château de Caen, was built in around the year 1060 by William II, Duke of Normandy, who later became William I of England. He is probably most widely known as William the Conqueror after his victory at the Battle of Hastings where his forces defeated King Harold. The castle is now home to – 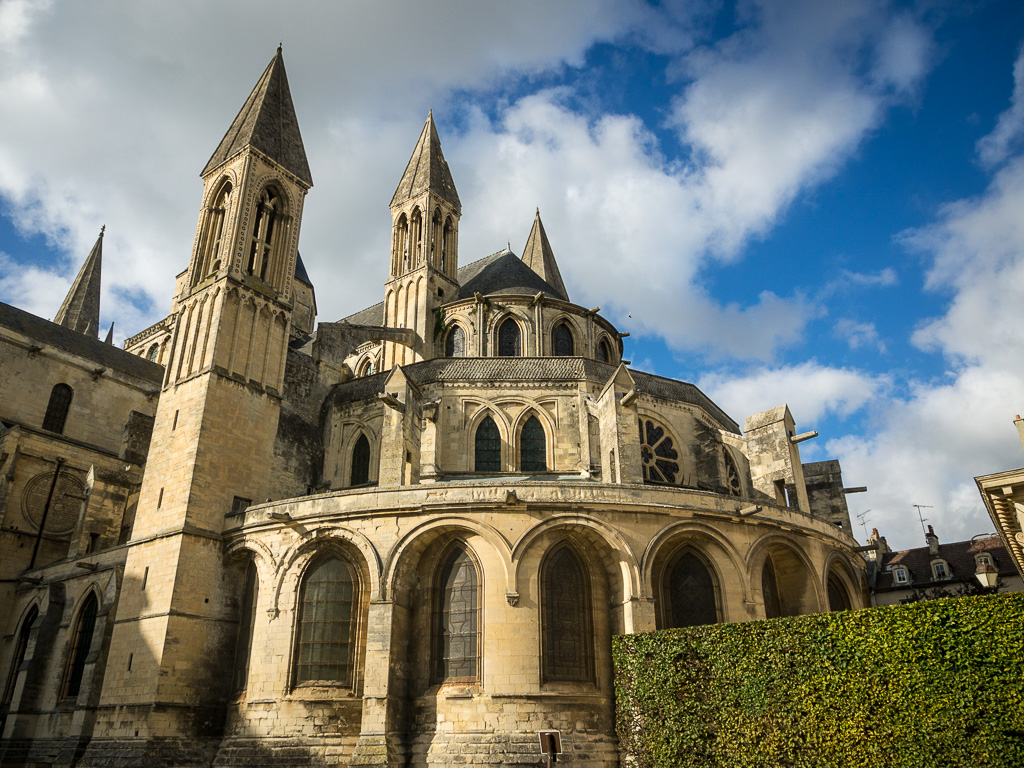 The Abbey of Saint-Etienne, or Abbaye aux Hommes (“Men’s Abbey”) is William’s final resting place, although his time in the Abbey could be called anything but restful. He returned to Normandy in about 1086 after establishing his rule in England. He died in Rouen in 1087 and his body was eventually taken to Caen where he was buried in the Abbey. Today his grave is marked with a marble slab dating from the 1800’s. The original grave was opened in 1522 by order of the Papacy but his body was re-interred almost immediately. In 1562 the grave was re-opened and William’s bones were scattered. All the bones were lost, with the exception of one thigh bone, which was re-buried in 1642. About a hundred years later a more elaborate monument was placed at the grave, but that was later destroyed during the French Revolution (1789-99), before being replaced with the current marble slab. 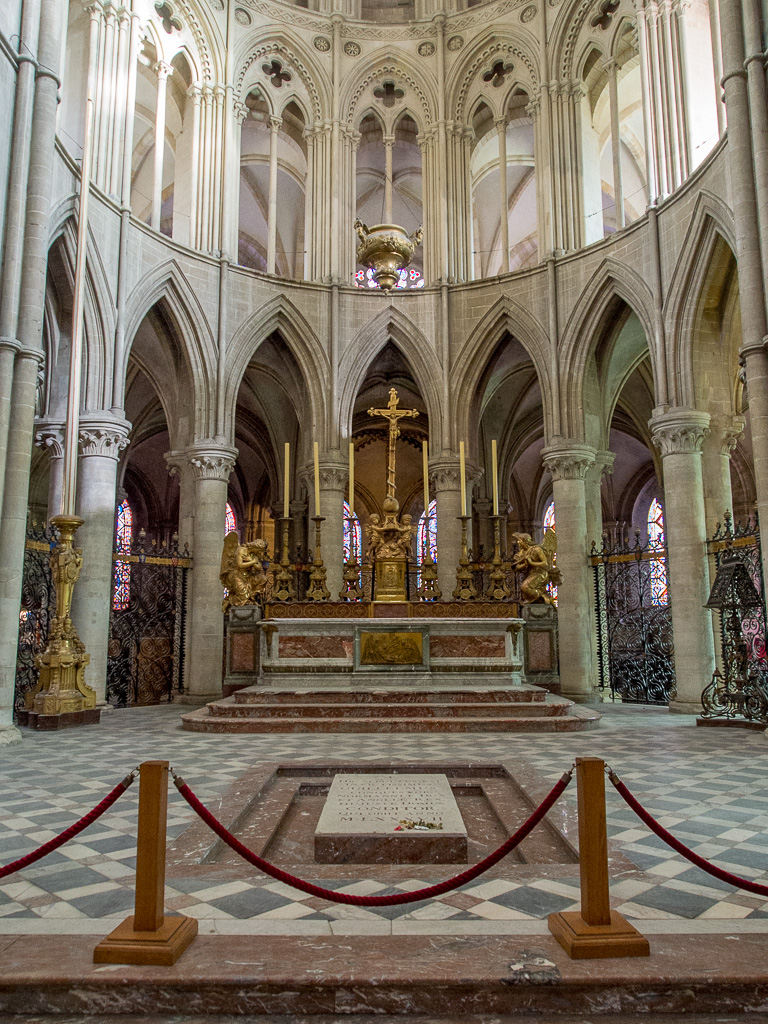 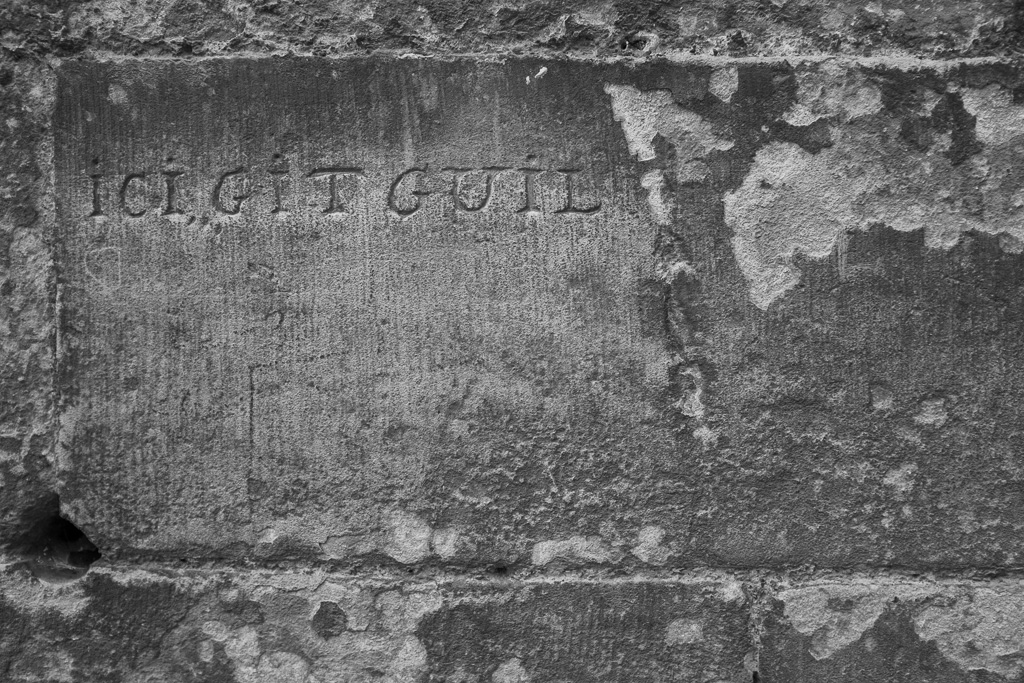 Inscription on the outside wall of the Abbaye aux Hommes, Caen, France 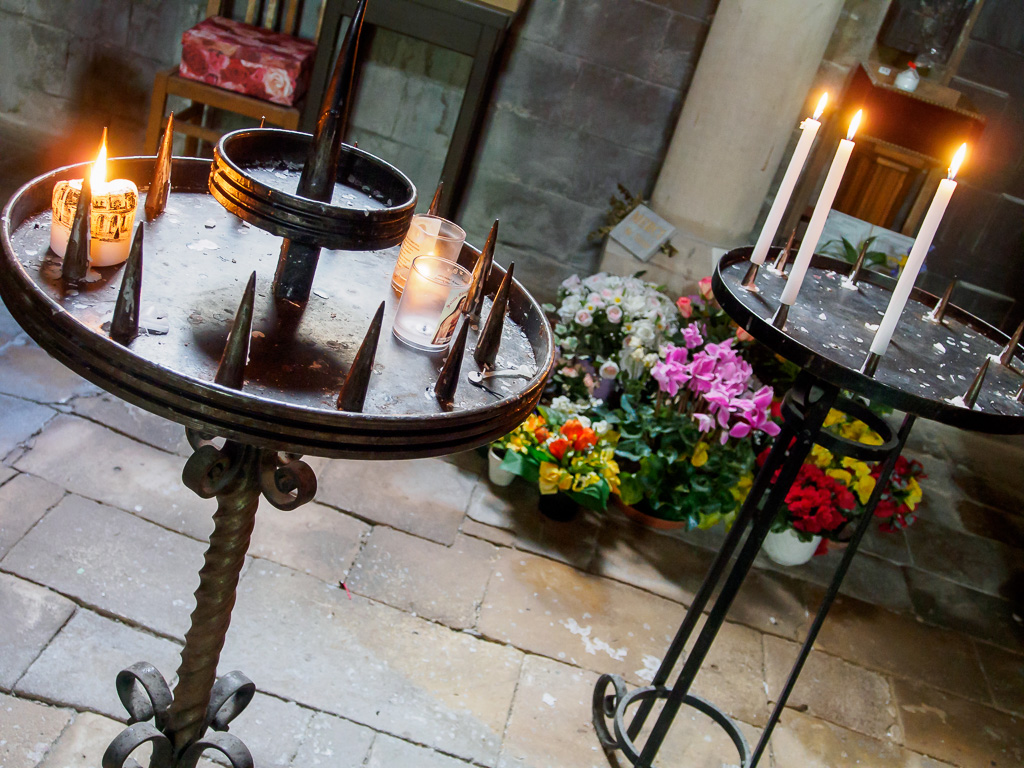